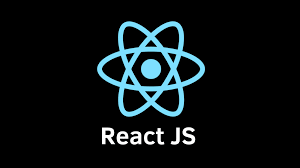 Read on for reasons why one would like one of their web applications to be developed using precisely React JS.

What is React JS

Before we dive deeper into why React JS would be the best possible choice for your web application development project, we need to go over the technology itself. If you’ve heard something about this popular technology that is being used every day by tens of thousands of web developers but still don’t have some opinion formed on the subject, then you are in the right place. Not only will you learn more about the JavaScript library, but we’ll carefully guide you into the reasons why one would like one of their web applications to be developed using precisely React JS.

We’d highly recommend that if you are starting with a React JS web development project, go for the most experienced React developers for hire and if I were you, I wouldn’t save on that kind of resource.

So React JS was developed by a Facebook software engineer, and up to date, the library is being maintained and managed by Facebook. The first time the technology got to be implemented was in 2011 when Facebook decided to deploy React JS in its News Feed, and later it got to be implemented on Instagram. React JS currently holds the place as one of the most popular JS libraries because of its large community behind and strong foundation.

The front-end library is used for handling the view layer, and it is better known as the “M” in the “MVC” architecture for web applications, as well as for mobile applications. One of the greatest React JS features is that the library allows the developer to create reusable UI components.

Now that we have covered the basics of React JS a bit, the time has come to dive into the reasons why this front-ended JavaScript library may be the best choice for your project.

React JS being an SEO-friendly tech, might be the greatest of its features! If you haven’t heard anything about SEO until now, you’d probably been living under a rock.

SEO is the key to success for any online business. Plain and simple. Of course, there are many more factors to online success, but you are lost without proper SEO implementation on your website. Nothing you do will serve without adequate search engine optimization.

Have a look at other React JS features that could be much useful: