3 Most Impressive Audemar Piguet Watches This 2021 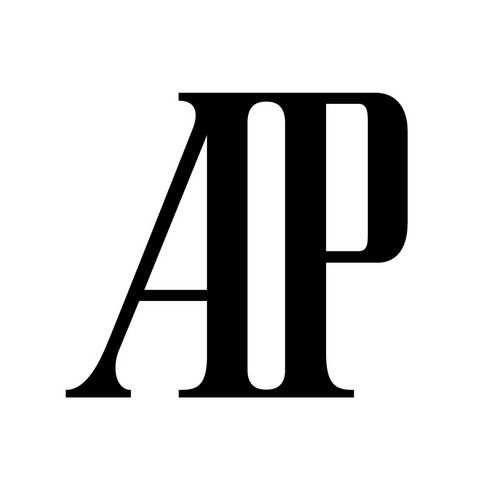 Audemars Piguet watches are highly regarded timepieces that have been in the industry for so many years.

Audemars Piguet has a history of more than 100 years of innovation, claiming several patents and releasing many prominent watches. The Royal Oak is one of the most well-known of these. Audemars Piguet has a large selection of Royal Oak watches, such as 44mm tourbillon chronograph designs, Grande Complication models, and many limited edition models. Here’s a list of impressive Audemar Piguet watches.

A few worthy of note elements that denote the racing spirit of the edition are cleverly used to pay homage to the King of Formula 1 racing and his spectacular career while maintaining the trademark design of the Royal Oak Offshore watches. On an anthracite inner bezel ring, the seven stars represent the number of world champion titles won by Schumacher, and are combined with the tachymeter scale.

Two blue stars represent championships won by the Formula 1 legend while driving for Benetton (1994 and 1995). Schumacher’s Ferrari era is represented by five red stars. The cool checkered flag pattern decorates a minute track on the dial's outer rim. Furthermore, the faceted gold hour and minute hands have a new design that is emblematic of an F1 car's monocoque construction.

A crown resembles a gear wheel, and the case-back depicts wheel spikes. The red accents on the watch are quite striking. Aside from the five stars, a date numeral on the black surface, Chrono hands, accents on rectangular chronograph pushers, and an aluminum inlay in the crown are all red.

The impressive Audemars Piguet Millenary 4101 is an ideal watch for those who are passionate about high-end movements. It comes in two versions; pink gold and stainless steel. It offers open perspectives on its amazing inner workings from both sides of the case. The Millenary 4101 has the same oval case as previous Millenary Collection watches, and the trademark off-centered dial with stunning Roman numerals, but it is distinguished by a completely new mechanism as well as some innovative design codes, making this masterpiece extremely valuable.

Audemars Piguet has done an excellent job with the Calibre 4101, a self-winding mechanism designed specifically for this model. Each one of the 253 parts of the mechanism, which is divided into five levels, adds to the aesthetic beauty of the timepiece, displaying fantastic execution and finishing. The mechanism consists of 12 snailed, circular-grained bridges decorated with a Côtes de Genève motif. Each one is distinguished by distinct design elements. The mainplate has horizontal Côtes de Genève on the front and circular-grained on the back, in two different diameters to create a three-dimensional impact.

For the pink gold version, the mainplate and bridges are rhodium and gilded, while the stainless steel version has anthracite galvanic treatment. A variable-inertia balance with eight white gold inertia blocks at the heart of the Calibre 4101 oscillates at a frequency of 28,800 vibrations per hour (4 Hz), providing incredible long-term consistency. Through the sapphire crystal case-back, a bidirectional winding, 22 karats gold oscillating weight affixed on ceramic ball bearings is visible. The Calibre 4101 is entirely hand-assembled and decorated, and it has a great power reserve of 60 hours.

This watch, made in a limited edition of 1000 pieces (in steel/tantalum, pink gold/tantalum, and platinum/tantalum), is credited to one of the greatest football (soccer) players in history. This stunning timepiece is based on the new 41mm Royal Oak Chronograph presented by the Swiss watchmaker as part of the Royal Oak anniversary edition.

The diameter increased from 39 mm to 41 mm, from the standard 39 mm. The larger size, which is more appropriate for chronographs, opens up the dial neatly, making sub-dials and the data more readable. Another sign of distinction is an alligator strap. It takes the place of the standard stainless steel bracelet. Furthermore, the Limited Edition Leo Messi Royal Oak is available with an extra rubber strap. The chronograph has eight hexagonal screws in stylish white gold, another patent of the brand's most famous collection. The bezel, on the other hand, is made of tantalum, a rare material with high density and high corrosion resistance that produces subtle blue and grey color effects.

The watch is equipped with an AP Calibre 2385 in-house movement. This 304-part self-winding movement alternates at an intensity of 21,600 vibrations per hour (3 Hz), supplying 40 hours battery-pack. Aside from high accuracy timekeeping, it also has small seconds, date, and chronograph mechanisms.

Audemars Piguet watches would break the rules it had so brilliantly mastered after decades upon decades of proving its technical prowess. Through its numerous standard collections, Audemars Piguet offers a multitude of different watch types and styles. Audemars Piguet was certainly robust enough to suit active/outdoorsy watch enthusiasts, with exceptional water and shock resistance, chronograph function, and impressive designs. The highly unusual construction and appearance of the watch revolutionize the entire industry. Owning an Audemars Piguet watch is undisputedly worth the expense due to its quality and functionality.