4 Decades-Long Tech, Science and Innovation Collaboration Between Australia and Japan 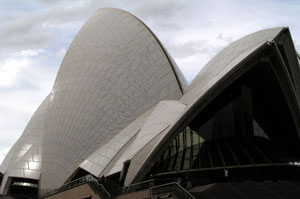 While Australia and the UK have long been besties, with plenty of bilateral agreements, and even a shared Head of State (yes, hello, Your Majesty), Australia and Japan also have strong ties as highly developed countries in the APAC region. These two economies have well-known partnerships such as the newer Japan-Australia Economic Partnership Agreement and the security Reciprocal Access Agreement pact. But did you know about the long-standing R&D science and tech agreement?

This official agreement turned the big 4-0 just last year. The 27th of November 2020 marked the 20th anniversary of the Agreement between the Government of Australia and the Government of Japan on Cooperation in Research and Development in Science and Technology.

When you think of countries who are at the forefront of tech innovation, we can take a look at Australia’s near-neighbours in Asia. Singapore, South Korea, and Japan are known as heavyweights in tech dev, with significant industries and investments in technology. Back in the 1980s, however, the world was quite a different place.

Let’s head back to the 80s for a history lesson

Back in the 1980s, the USA was still the world’s leading economy. The Soviet Union was coming in second place, but on the decline. The world’s third largest economy at the time was Japan.

If we think back to the 1980s it was a revolutionary time for technology - the birth of personal computers for home usage, video gaming and modern slot machine growth, and computers becoming a significant business competitive edge. At the time, the US and Japan were having their own sort of space race on the computing front. Japan was innovating on the manufacturing and hardware side of things, while the US were busy crafting software systems mainly dedicated to the English speaking world.

While Japan was doing significant R&D in software, you’ll have to remember that at the time the world wasn’t anywhere near as globalised as it is now. The internet as we know it did not exist. There were domestic networks being established around the world, however international links were rare. Air travel was possible, so business could be a multicultural affair but this was difficult, time consuming, and only really for businesses and countries ahead of the competition.

Australia’s Prime Minister in 1980, at the time of the treaty initiation, Malcolm Fraser, was well known for his focus on foreign policy and strengthening ties with other nations to avoid nationalism issues that had plagued the world for decades. In fact, on his first overseas trip as PM he traveled to Beijing and Tokyo rather than the customary London and Washington - his explanation that “the world changes.”

Of course, he was right, and both countries came together to agree on the Agreement with the Government of Japan on Cooperation in Research and Development in Science and Technology.

The 1980 agreement itself was based on “Article III of the Basic Treaty of Friendship and Co-operation between Australia and Japan, signed at Tokyo on June 16, 1976, stipulat(ing) that the two countries shall endeavour to facilitate, strengthen and diversify mutual understanding and cooperation in various areas of mutual interest including scientific and technological fields.”

This included items like expert meetings to exchange information and identify mutual projects in the fields of science and technology that both countries could collaborate on, converse about relevant policies and legislations of both countries, exchanges of experts, and other collaborative activities. The treaty includes a Joint Committee to oversee all these activities and provide further guidance.

The original agreement was to remain in place for five years, however over 20 years down the line we see it still going strong.

Significant projects arising from the treaty

The agreement between Japan and Australia has seen some notable successes across the years. These include:

Today, both Japan and Australia sit as innovation leaders worldwide. The agreement between both countries remains strong, and with the advent of globalisation, collaboration is now faster and easier than ever. With both parties still sure to benefit from ongoing strong relationships, particularly as China grows ever larger, we’re likely to see this relationship remain a firm one.