5 Alternatives to TikTok for getting Popular in Social Media 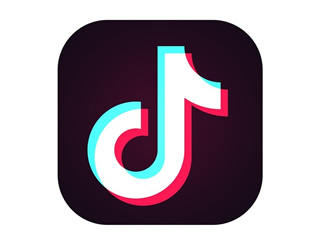 TikTok has been viewed as an easy and quick way to become popular and known on social media.

Users could easily gain fame by buying TikTok followers and increasing the number of likes and views. Having said that, recently it has been banned in many countries including the one in which it has the most users, India. However, people have found many alternatives to create an impactful presence online, some of which are listed below.

Vigo Video is an app that is similar to TikTok in many respects and can be used as an alternative. You can make 15 second-long videos on this which automatically means that the users have to convey their content within a short period of time; they have to be quick and concise. Be it a cooking video, a funny video or just documenting some action, it needs to make sense to the viewers within the given time. This app also has plenty of filters to choose from, including funny animated ones and beauty filters that enhance the aesthetics of the video.

Vigo Video is like Snapchat but with a twist! You can add animated stickers and a wide range of effects to make the video more attractive. It also supports live streaming and therefore ensures a personal connection with your audience. Users can comment, like and subscribe to the videos they like. These responses are shown as a flame sign on the app which in turn can be exchanged for real cash. Therefore, Vigo monetizes your content to make it more incentive-driven and profitable for video creators.

Triller is a platform for music and entertainment. It is a Los Angeles-based app, mostly focused on video-creation using different audios. Triller employs Artificial Intelligence to generate the perfect clips in order to make a polished and professional music video. This app also reached out to famous musicians and artists such as Charli D’Amelio and Josh Richards to increase their reach and popularity. The globally famous rapper Snoop Dog is also an investor. It is simple to use and completely free. The reviews and feedback are proof that this is a favourite for the public. It is a perfect alternative for TikTok as many young people are looking to this app to get famous and showcase their talents.

Likee is a Singapore-based app. Just like TikTok it is a video creation application that is compatible on both iOS and Android. People can make creative videos and share it on the platform. It has a massive collection of interesting dialogues as well. It has an interesting feature which detects the change in the volume of your videos and adjusts it using the filters. You can also crop the video or trim it according to your convenience, or even merge multiple videos.

Moj is an Indian app that is owned by the company Mohalla Tech. It is a video creating and video sharing platform. It has special features such as effects, emoticons and stickers that can be added to the video. There are also specific sections of themes such as singing, dancing, acting, humour, travel and education. All the videos have a standard limit of 1 minute. Moj app is available in 15 languages and is therefore extremely diverse in its audience-base. Over 100 million people have downloaded Moj just in a matter of a few months. It is extremely similar to TikTok in terms of content and interface where the audience were highly interactive and made a number of videos.

It was rampant in India especially after TikTok got banned by the government and so, much of the avid users of TikTok switched to this app instantly. It was viewed as a replacement of the popular platform of TikTok. Many famous video creators of TikTok also continued their work here.

It is only fair to say that Moj was the new TikTok of India and definitely one of the best alternatives to get famous.

Reels is a feature on Instagram that came into existence in August, 2020. It has a ton of features that are similar to those on TikTok. Users are able to shoot videos that are 15 seconds long, then add audio and other effects to their videos using Reels. There are a number of filters and audio tracks to choose from. These options help creating a very polished video. Your content can be anything- humour, education, guides and tips, dancing or singing, there is an audience for every kind of video. This audience is only growing larger by the day and people are gaining an immense number of followers on their Instagram profile because of this popularity. Many of the Instagram influencers are using Reels to become viral. You can also buy Instagram views to get viral instantly.

Even though it is a relatively new app it is growing rapidly among all age groups. Therefore, it is the perfect alternative for anyone who is looking for a platform to get viral on, except TikTok.

These were some of the alternatives to TikTok that you can use to continue your walk of fame!