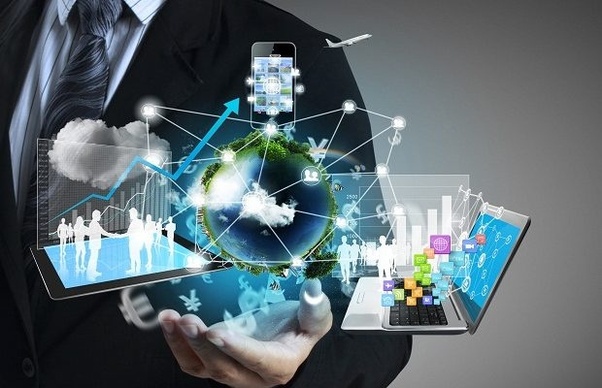 What is digital transformation? It is not only a series of changes aimed at incorporating technology within organizations, but also changes in business culture. It is a human transformation.

Global spending on digital transformation technologies (hardware, software and services) is expected to be nearly $ 1.3 billion in 2018, an increase of 16.8% over the $ 1.1 billion spent in 2017, according to International Data Corporation (IDC) .

If you want to be part of the digital revolution, we recommend that you follow these 5 steps:

1. Understand how to take advantage of technology

Technology is there to transform your life. You should go out and find your 'Uber moment', not just your 'Kodak moment'. What does that mean? Technology is no longer just about making a great product (like Kodak cameras) but about creating solutions that can completely change the way we behave.

When you and your company start exploring a new technology, try to understand how to get the most out of it. "Your digital culture cannot be defined until you have defined the technology you want to focus on and have explored all the opportunities that technical advancement can bring to your organization, " said Jeanne W. Ross, principal investigator at the MIT Sloan Center, in the conference "Creating a digital culture".

Technology evolves fast. Education is not optional. Keep learning every day. Even if you think you know everything, your knowledge is probably not enough in a matter of months.

Take advantage of the thousands of sources of knowledge at your fingertips: online courses, e-books, youtube lessons, e-learning platforms and more.

"Don't be overwhelmed by digital transformation. Learning is the solution. And now it's easier and cheaper than ever. There's no excuse, learning is the way to stay on top," says Freddy Vega, co-founder of Platzi . co, one of the most successful e-learning platforms in the world.

Some of the biggest brands in the industry were unsuccessful because they did not accept the change. Or when they did, it was too late. That was the case with the Canadian company BlackBerry (formerly known as Research In Motion). They used to be the leaders of the smartphone market. But they did not understand the importance of the standards imposed by the iPhone in 2007. They were stuck with an old concept and took too long to accept the changes brought by the new era: multi-touch screens, applications and a friendly smartphone designed for everyone and not only a market niche.

If you want to be part of the digital transformation, be risky, be brave. Don't be afraid of the "new kids in the neighborhood". Be an early adopter of a new technology. You never know, you may find gold where others only see dust.

Hire people oriented to the digital world. Look for specialists. Don't settle for local talent. Freelancers are more accessible than ever and can work on your project from the other side of the world.

That is the case with Giga Chkhikvadze, our Vice President of Engineering. We first hired Giga (who is from Georgia, Eastern Europe) through an independent platform, to complete a particular task. His performance was so good that we continue to hire him to complete other tasks. Now, almost 2 years later, he is part of the family and manages a team of developers who work alongside him.

Use all available platforms wisely (LinkedIn, MeetUp, TechHub) to attract the talent you need.

If you haven't adopted any of these technologies, you're already behind:

Mobile: As of March 2017, 80% of the best Alexa websites were mobile friendly, says Mobiforge. By 2019, mobile advertising is expected to account for 72% of all US digital advertising spending, MarketingLand says. 68% of companies have integrated mobile marketing into their overall marketing strategy, according to SalesForce. Those are just a few of the numbers that SCREAM: go mobile now!

Internet of Things: the market for portable devices is growing at an exponential rate. In 2016, 28.3 million units of IoT devices hit the market. According to IDC forecasts, this number will increase to 82.5 million in 2020, showing a growth of 31%. Although businesses are leading the way, consumer-facing IoT is not lagging behind. By 2019, 1.9 billion smart home devices are expected to be shipped. This could generate a potential income of US $ 490,000 million. Internet of Things is one of the biggest, not just trends, but realities in the industry.

The cloud: A survey titled 'The State of the Cloud in 2018' revealed that:

Data analytics: "We have millions of devices collecting data. What is this data for? To make better decisions. How to make better decisions, analyzing data", those are the words of Martin Hagelstron, head of Blockchain IBM, during the BBVA Open Talks Bogotá (Colombia). One of the benefits of digital transformation is that you can decide based on the numbers. And if you know how to do it right, you will be the champion of your industry.

IN CONCLUSION : be brave, transform your company to take full advantage of new technologies. Find Inspiration in the digital world.