6 Tips Every Beginner Should Know About Gel Blaster Guns 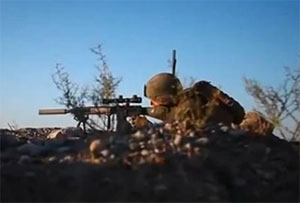 Gel blasters are becoming a popular sport with more and more people looking to join. This influx of new players has caused a bit of commotion.

Even though the game itself is fairly simple, there’s a lot to soak in as far as gear, best practices, and some unwritten rules go. If you’re new to gel blaster guns, make sure to check out these 6 tips every beginner should know.

Gel blasters, just like their airsoft cousins, come in a whole variety of flavors. You have your rifles, shotguns, pistols, SMGs, and machine guns. Trying to pick the absolute perfect first gun often leads to an information overload that can be quite overwhelming.

Figure out the type of gun you want to get and then find out which brands offer the best guns in that segment. Keep in mind that your first gun most likely won’t be perfect. This isn’t necessarily because of the gel blaster itself, but rather because of you being new to the game. Everyone who plays has their own style and preferences, you’ll need some hands-on time to find yours.

Take Care of Your Equipment

If you take care of your gear, it will take care of you — it’s that simple. Make sure to properly store batteries and use quality chargers if you want them to last. Don’t beat on your gear too much either.

Gel blasters may look like proper guns, but they aren’t as resistant to adverse conditions. Fixing a pistol can be easy, but tracking down SAW M249 parts will require you to know where to look. The same goes for your tac gear. Speaking of which…

Don’t Get Stuck on Accessories

As a beginner, there is always a temptation to go all out on tac gear. Plate carriers, combat belts, and expensive G2 uniform clones are all the rage but try not to get stuck on building the perfect kit just yet. It’s much better to build your kit one piece at a time.

Also, an average gel blaster game won’t have you crawling for hours, patrolling for days, and generally pushing your gear to its limits. Hence, there’s no need for super expensive real-world stuff unless you’re going for proper Mil-Sim. Get yourself a basic kit and go from there.

This one should be fairly obvious, but we’ll touch upon it just in case. Gel blasters share one thing in common with airsoft — the inability to prove a hit. It’s an honor-based game that is heavily reliant on people calling their hits. If you get hit, call it out.

That being said, be prepared to give other players the benefit of the doubt if they don’t call being hit right away. Gel balls don’t hit as hard as airsoft BBs do, so it can be rather difficult to even feel them hit you at times. This is especially true if the person getting hit is wearing plenty of equipment. However, we have to remind you that gel blasters can cause injuries so always use protective equipment.

Be a Team Player

Even though there are different game modes in this game, most gel blaster matches are team-based. Depending on the field you play on and the crew you’re rolling with, you may or may not have to put your teamwork skills to a test.

Different teams have different demands regarding teamwork, so be prepared to follow someone’s lead. That being said, this game is much more fun when played in a team setting. Find a good group of players you click with, and you’ll never have a dull game!

Prepare to Be Hooked!

Last but not least, do yourself a favor and prepare to be hooked. Gel blasters are an incredibly addictive hobby that can easily suck you in and never let you go. There will always be new blasters to buy, existing ones to mod, and plenty of new tac gear to acquire.

Not to mention gun accessories such as scopes, flashlights, and more. There’s a lot to cover and a lot to experience in this sport, so make sure to give yourself a chance.

These six tips should get you started and point you in the right direction. Now comes the part where we give you the usual safety brief. In short — only use your blaster at fields and playgrounds designated for gel blaster games, don’t play with the blaster in public, and always follow the rules of your local field. Also, make sure to wear protective gear at all times while in the vicinity of an active field.