8 of the Most Common Places for Poaching 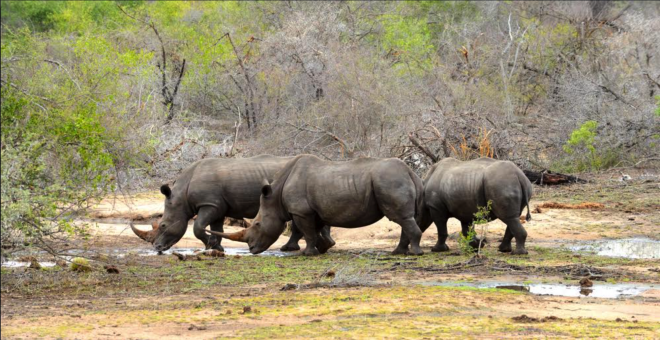 While activists are more conscious of poaching and selling as a practice, and there have been wildlife trading restrictions and laws set to deter this

While activists are more conscious of poaching and selling as a practice, and there have been wildlife trading restrictions and laws set to deter this illegal wildlife industry, it remains difficult to curb.

Across the globe, animals continue to be endangered and vulnerable to this practice of poaching and sale on the black market. Items commonly found circulating in these underground economies include elephant ivory tusks, tiger bones and pelts, pangolin scales, rhino horns, shark fins, and bear bile – items that are either hunted as edible delicacies, serve as a decorative or healing purpose, or are used as personal jewelry or fur items.

While some animals are captured alive and traded for profit to zoos and petting farms, others are killed or maimed to be placed on display.

In each of these cases, animals suffer tremendous trauma during the initial encounter or as they struggle to survive, or they live through a cruel experience of captivity, illness, or death – all in the name of exploitation and profit.

For those involved in this cruel economy, they typically search among these eight locations – considered the most common places where animal poaching takes place in the world.

Unlike many places across the globe, South Africa has an abundant source of wildlife that includes lions, cheetahs, rhinos, monkeys, and giraffes, to name but a few.

Given the variety of animal types and the level of access granted to wildlife (namely that animals such as lions can be easily moved across South Africa’s borders), South Africa is commonly identified on the list of illegal wildlife trade economies.

Among the animals most commonly targeted in this location are rhinoceros – especially black rhinos, who are still considered a high-risk species.

Along with South Africa, Vietnam is also a highly sought-after market for rhinoceros’ horns.

Given that demands for poaching rhinos grew in Vietnam, and the country keeps very keeping poor regulations on tiger raising and trading, many agree that the rise in demand in South Africa for rhino horns was partly due to the demand in Vietnam.

In places such as Vietnam and Thailand, there are very few or lax regulations where trade generated from poaching is concerned.

This has often meant that animals such as rhinos and tigers are kept in captivity, traded globally to other markets with high demand, or raised on farms designated purely for slaughter.

While India has a series of wildlife markets throughout the country, its greatest demand comes from outside of its borders – especially in the case of China, which has placed a tremendous amount of pressure on India to export many of its big cats (particularly tigers and leopards) and megafauna.

The items that those involved in the wildlife trade tend to look for include big cat claws, skins, and bones.

And given that many of these animals are already endangered and vulnerable to death and capture, this increase in poaching (and the associated demand) has driven up trading rates.

Like big cats, recent statistics indicate that Indian elephants are also poached all across India and are a highly sought-after commodity.

In places such as Mozambique, the main animal targets are elephants and rhinoceroses – elephants being the largest single-species category that is commonly hunted and traded.

In response to this statistic, education programs have been created to enlighten the public as to the ways that many elephants are subject to death in order to provide their ivory.

And yet, poaching persists, and Mozambique remains one of the countries failing to provide any kind of enforcement to curb these troubling trends.

Among all the countries on this list, China has the world’s largest legal and illegal wildlife trade markets.

One of the reasons for this is the continued need for these animal parts and by-products as part of traditional Chinese medicines and homeopathic practices.

Among some of the more highly lusted for items – especially in its underground market – are bear bile, rhino horns, tiger bones, and pangolin scales.

In places like Kenya, traders benefit tremendously from the sale of ivory horns and tusks. While it is not uncommon for poachers, traffickers, and smugglers to be foreign, many are Kenyan natives.

As a result of this phenomenon, Kenya has among the harshest laws and punishments for the act of smuggling – in part to contribute to the country’s conservation efforts which are a central element of Kenya’s tourism industry.

Unlike some of the other locations on this list, one of the animals commonly poached in Uganda is the hippopotamus.

In Uganda, Hippos are typically hunted for their teeth despite the trade being banned in 2014. In addition to Hippos, Uganda is also known for trade in elephant ivory and pangolin.

Finally, Thailand ranks as one of the countries that have among the highest illegal markets that are poorly or loosely monitored.

In the case of wildlife trading, Thailand trades a large number of endangered and vulnerable animals, and the country has increasingly become a popular transit point for smugglers so as to avoid the laws and limitations of other countries.

Some of the animals commonly smuggled include tigers, elephants, and exotic birds and mammals.