9 Peculiar Cat Behaviors That Are No Longer Mysteries Today 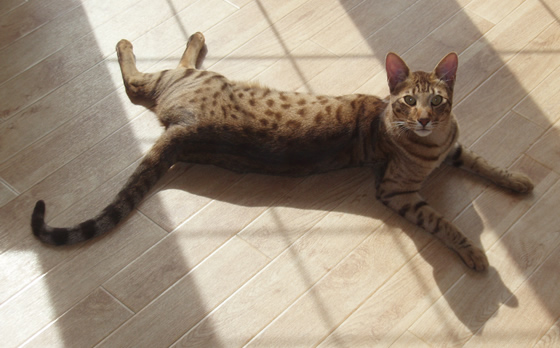 There’s no denying that cats are excellent companions.

Even the proudest cat owner will admit that they sometimes do bizarre things that leave them scratching their head in utter confusion.

However, these peculiar behaviors are all part of their charm. To help you understand your curious cat, we rounded up 9 common feline behaviors that people usually find mysterious.

You might have noticed your cat making short, clicking noises that sound like teeth chattering while sitting by the window, watching birds fly by. Some behaviorists speculate that the chattering indicates that your feline friend is frustrated because they can’t go outside to hunt while others think that this rapid and intense movement of the jaw reflects their natural instinct to hunt, which drives them to prepare their muscles for catching and killing prey.

Cats normally cover their poop so if your cat stops doing that, it is usually an indication that they’re angry, but it can sometimes be a sign of a medical issue like an injured paw. If your cat continues to leave their poop uncovered, take them to the vet. If everything checks out health-wise, then you have to figure out why your cat is upset. Maybe you recently changed something in their routine and they are acting out as a result. Or perhaps they don’t like the type of litter you’re using. In the latter case, the reviews provided by this helpful resource can help you pick a better kind for your cat. While you’re at it, make sure that the litter box is big enough for them to turn around in as well.

When your cat rubs their head against you, it’s their way of showing affection and saying hello. Commonly called bunting, this behavior could also be your cat’s way of transferring their scent to you. You see, felines release pheromones from their heads, and when they rub against their owners or the furniture around the house, they leave their scent on them to mark their territory. Basically, your cat head-butting you, means that they’re proudly claiming you as their human.

Many new cat owners freak out when their cats sit there slowly blinking at them. Commonly called kitty kisses, those slow blinks are actually your cat’s way of showing their affection towards you. It’s their way of telling you that they like you and feel safe around you.

When your cat rhythmically presses their paws into your arm or leg massaging you back and forth, it is an indication that they are fond of you. This is a typical feline behavior that can be traced back to your furry friend’s earliest days of nursing when they would press their paws against their mother while nursing to stimulate milk flow. If your cat does this as an adult, it shows that they’re as happy and content in your presence as they were with their mother.

Small spaces like bathroom sinks and shoeboxes make your cat feel safe and secure. This is another behavior that can be traced to their natural instincts. You see, in the wild, felines would not want to sleep in a wide-open area because that would make them more vulnerable to larger predators. Cats also have an inherent tendency to ambush so by hiding in a small space, they can observe their surroundings from a safe distance.

Does your cat spontaneously start running and bouncing off of the couch at an enormously fast speed, especially at night time? Don’t be alarmed, your cat is just exercising! Most domesticated cats have a huge amount of pent up energy that they need to release. This is why, sometimes, they will start running around like crazy out of the blue. If it’s happening frequently, then it could be a sign that you’re not exercising or playing with your feline companion enough.

A yowl is basically a loud, drawn-out meow. If you are jolted awake by the sound of your cat yowling away down the hallway, this is probably just their nocturnal hunting instincts kicking in. However, if you have a senior cat that’s yowling excessively, you need to take them to the vet because this could signify a possible serious health condition.

Nobody wants a dead rodent or insect at their feet, but as horrifying as it is, offering you their dead prey is actually your cat’s way of thanking you for feeding and caring for them. They could also be sharing their successful hunt with you as a way of acknowledging you as a member of their pack. To curb this behavior, try putting a bell on your cat’s collar so that it becomes more difficult for them to hunt.

As you can see, your cat’s peculiar behavior isn’t totally random. There are actually some rational explanations behind most of the wacky stuff your fluffy companion does. These seemingly crazy behaviors are often direct clues that reflect your cat’s thoughts and feelings. Understanding these signals will help you strengthen your bond with them and become a better cat parent. This doesn’t mean that your feline companion will cease to baffle you, though. They will continue to perplex you with their odd quirks, and that’s partially why we love them so much.