9 Types of Gamers Which One Are You? 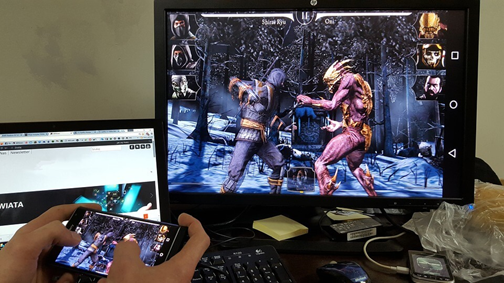 With the introduction of various advanced technologies in the last few years, everything has changed.

From big gaming machines to gaming consoles and now we have cloud gaming platforms. These days, players have got a lot of devices and online platforms where they can play their favorite games. Even casino games have found their place on the internet and have attracted millions of players around the world. Players across the world can play at best online casinos in Europe along with some popular other games. Esports has also become increasingly popular.

In the earlier days, gamers were called geeks or the nerds. Only teens and young people were involved in gaming. But now esports and gaming have become an industry as strong as the film industry. Each gamer is different and they can be divided into certain categories. In normal terms, there are only two types of games i.e. a casual player and hardcore player. But with more people engaging in gaming, we can classify them in even more certain types. Here, we have attempted to categorize players on the base of how they play the games and according to their behavior while gaming. If you find your resemblance with any of the gamer types mentioned below, tell us in the comment box.

In contrast to the pastime, hardcore gamer loves almost everything that relates to gaming. Such gamers spend most of their free time (even important time) playing games, invest a lot of money on new equipment or hardware, and always have to have the latest gaming gadgets and new games. When they are not playing their favorite games, they are usually found reading online gaming forums and magazines to know more about the gaming world. They are game devotees.

This is among the most common kinds of players. As the name explains itself, such players pick the mobile phone or gaming device only to deal with boredom or passing time while waiting at the subway or something like that. For such players, PUBG, Candy Crush, Fortnite, Pokémon Go, Farmville, and similar mobile games are go-to games while they are traveling or at lunchtime. Playing online casino slots at mega casino has also attracted such kinds of gamers. Their primary goal is to play games online until other things seem better pastime.

3. The Enthusiasts or The Midcore

The hardcore gamers and the enthusiast are very close but with a minor difference. These types of gamers have a great love for games but they also enjoy other hobbies and activities. Their interest between gaming and other activities is quite balanced but don’t underestimate them as they also know everything about the gaming world.

These types of gamers are in love with the games but they love owning expensive gaming hardware. We shall find a gaming PC with neon case lighting, gaming accessories, gaming monitor/keyboard, extreme modding, and much more.

These are a special type of gamers who have now found their place in the eSports world. These days when numerous gaming tournaments and competitions are organized, professional gamers enjoy stardom among the gaming fans no less than athletes. Their primary focus is on a certain game and they invest most of the time playing the game in order to compete in the tournaments. Gaming is not only their hobby but profession or job.

These gamers are not found alone whether they play online or with their friends on the couch. Since the social component of gambling is most important to them, they mainly prefer multiplayer games on the smartphone or the console. Whether PUBG, Mario Kart, or some other Battle Royale games, everything is fine with them. The main thing is that it matches the mood and that the snacks are ready to hand.

These are the exact opposite of the socializers. For this kind of gamers, the games are just a way to indulge themselves in the fantasy world for a while. The main focus of such players is to escape from all the worldly things and immerse themselves in the world developed by the gaming studios. Whether it is Wow, LoL, CoD, or other games, escapism and relaxation are the primary things.

8. The Popcorn or Backseat Gamers

Yes, the users who like to play games but love to watch other players playing their favorite games are also a kind of gamers. They usually prefer watching gameplay of their friends or some professional players at Twitch or YouTube. You shall find them talking about game streamers and game tournaments all the time.

As the name says, this kind of gamer is always focused on scoring high numbers in the game but they don’t want to invest much effort in it. The cheaters are always in the search of loopholes and complete a particular level. They usually download patched or modded versions of the games to have an advantage over other players.