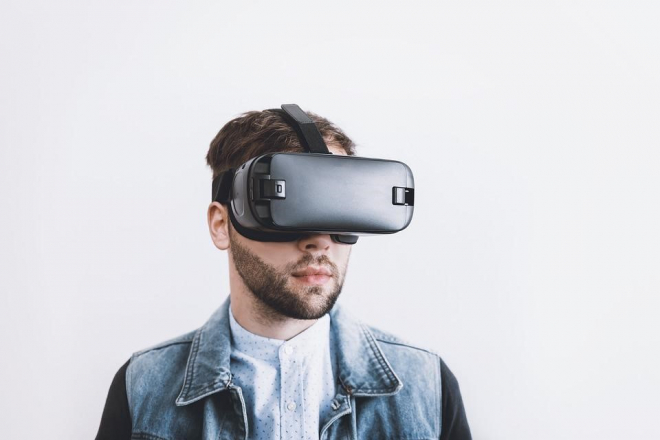 What are VR greeters?

Today, video games provide more options than ever when it comes to interacting with computer-generated characters that can aid us in understanding increasingly complex new universes.

The only issue is that many times these bots are armed simply with ready-prepared responses. If you have been to Decentraland, the decentralized virtual universe, you will be aware that the same problem exists even there. Yet now, one of Decentraland’s popular crypto casinos is giving jobs to real human beings to render those uninteresting bots irrelevant.

In this article, we will be taking a look at how a casino in Decentraland is hiring VR greeters, offering up everything you need to know. Whether real-life elements of the role or the impact this development may have on the industry, we would look into what is an exciting change in the online casino world.

So, without further ado, let’s take a deeper peek at what a VR greeter does.

What are VR greeters?

Right now, there are real-life hosts working at Decentral Games’ Tominoya Casino, an online casino where you can spend and win cryptocurrency playing a range of exciting games. This is only a small part of the larger online casino boom, click here to learn more about the best places to play.

The main job of VR greeters is to aid newcomers with what they require in order to use the casino. In sets of four hours per day, greeters or ‘hosts’ as they are often known, carry out their job from wherever they can prior to getting paid at the end of the month. Frequently, wages for the job reach more than $500 USD every month.

This change is an exciting one because it shows how real jobs can come out of VR changes. You can even swap cryptocurrency in exchange for art, clothes and land parcels, with all of it there to see on the blockchain.

Users are able to bet with crypto on a variety of games at Tominoya. The casino is run by Decentral Games, the distributed autonomous organization (DAO) that began to hire earlier this year. As well as twenty greeters, there is already a manager whose job it is to keep things moving.

By boosting rates of table gaming and improving player satisfaction, plenty of people in the Decentral Games universe expect that using human hosts will improve profits.

Of course, using real-life workers at online casinos is an exciting development that is having a serious impact. If there is one thing that is omitted from the universe of casino gaming, it is a dash of humanity.

What do VR greeters do?

Above all, the idea behind the virtual manager role is to bring in fresh hosts, shift schedules, make timetables, solve issues and ensure smooth running of all issues.

Hosts, on the other hand, focus on integrating newcomers into the universe, performing other tasks like showing players how to place a bet or add funds to their wallet are just two key expectations..