Alexa vs. Siri: Who Translates Better? 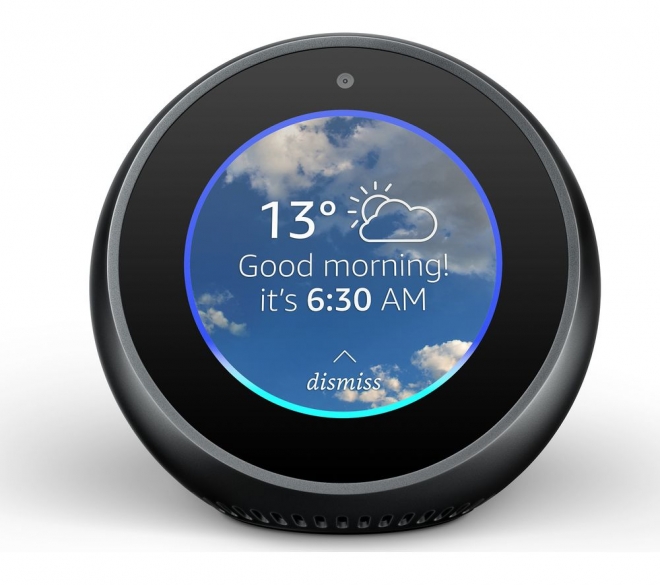 Smart devices are playing an increasingly popular role in the modern home.

An increasing number of people rely on these virtual assistants for everything from online shopping to the occasional translation. Among the most popular virtual assistants are Amazon-owned Alexa and Apple-owned Siri, and a question has been raised about which one is better suited to basic translation services. Thus, we sought to look into this issue and share our results.

NOTE: These observations are based solely on the actual Alexa and Siri models, not based on any apps that may be available at the time you are reading this. Apps will come and go, and some will be better than others. Please check the Amazon and Siri app stores for more
information regarding translation and interpretation apps.

According to Amazon, Alexa is capable of offering basic translation services from English into 37 different languages. If there is any drawback, Alexa apparently cannot yet understand foreign languages and will be unable to translate or interpret these 37 languages into English in its present form. This effectively rules out the possibility of using Amazon Alexa as a good system for providing interpretation services.

In the event that you do need live interpretations and you are relying on Alexa, there are translation agencies that do provide remote video translations on demand. These may still be a better option, especially in terms of the current coronavirus outbreak where medical interpretations must be very specific.

What Languages Can Amazon Alexa Translate?

Amazon Alexa is increasingly integrated into other third-party devices making this an excellent option for Smart Devices, though still somewhat questionable in the realm of Translation services. Generally, a primary Alexa device will be used such as the Amazon Echo, but many devices both in and out of the home can be operated through Alexa. While all of these features together do make it an extremely handy device, its abilities as a professional translator or interpreter may be somewhat limited in functionality at present.

Apple is apparently moving into a phase where it will place a larger focus on the natural language of skills in regards to Siri. How this will translate into the area of interpretation remains to be seen, pun intended. According to a recent research paper by two Apple Linguistic Scientists published in an Academic Journal at Cornell University, to “encourage meaningful and generalizable comparisons on our quest toward overcoming the long-standing issues found in ST [or Speech Translation] models. Given the abundance of prior work, a clear picture of where we currently stand is needed.”

Our objective here is certainly not to undermine the current work at improving the linguistic capacity of Siri for translation, interpretation, or other language services. However, the very fact that they need to commit resources to define their current position before they can begin to determine which direction to go indicates that the linguistic capacity of Siri may be more than just a little limited in its present form.

Given the prevalence of people with LEP or Limited English Proficiency and the number of people around the world who do not speak English at all, it would seem that both translation services and interpretation skills would be requisite for a more global market.

The Brookings Institute published a series of papers by Jill Wilson, a senior research analyst, and associate fellow in the Metropolitan Policy Program. In her research, it was noted that “Most LEP adults reside in large metropolitan areas, but their numbers are growing fastest in smaller metro areas. Eighty-two percent of the working-age LEP population lives in 89 large metropolitan areas, and 10 metro areas account for half of this population. Large immigrant gateways and agricultural/border metro areas in California and Texas have the largest LEP shares of their working-age populations.”

It does not matter if you are the largest retailer in the world, that is still far too large a market to be ignored. Thus, there are numerous apps and third-party devices that have been developed for both Siri and Alexa that will offer at least a more functional capacity to work with both interpretation and translation. Still, it may take some time before either translation or interpretation services through these apps and devices are on par with the translation agencies.

It cannot be emphasized enough that neither Siri nor Alexa were designed or built specifically to offer translation services. Still, both do a reasonably good job of translation for many less complicated uses. If you are going to be ordering a meal from a Chinese restaurant, a Mexican restaurant, or even ordering products from some of the foreign-language vendors on Amazon, both Siri and Alexa seem to serve the purpose equally well.

If you are visiting foreign lands and looking for help with your translation and interpretation needs so you can get around, both Alexa and Siri may quickly reveal their limitations and leave you frustrated. The same is also true with regard to more detailed translation services.

Both Alexa and Siri may work equally well at finding the English translation of the srt or closed captioning files for your favorite movie, though both will have an equal time actually translating the existing files into comprehensive English.

The same will be true in regards to El Ingenioso Hidalgo Don Quixote De La Mancha. You may find the original book (with quite a different title) in the original Spanish using Alexa or Siri, but at this point in time, it will be virtually impossible to have either Siri or Alexa accurately translate the entire book accurately.

In fairness, with the current global coronavirus pandemic and the increase in isolation and self-distancing, there has never really been a better time to start learning a new language. Surprisingly perhaps, both Siri and Alexa are very well equipped to help you in this regard.

One need not literally translate every sentence in order to learn a new language. One of the best ways to learn a new language is not with the translation of each sentence, but learning enough conversation to actively use your new language skills. Both Alexa and Siri are quite capable here in that regard, even though neither are built specifically to interpret everything that has been said.

Who, what, when, where, how, and why. These are the basic tenets of virtually any conversation and both Siri and Alexa are capable of translating these basic concepts into sentences for you, albeit in a somewhat limited selection of languages.

Who do I need to see? What do I need to know? When do I need to be there? Where is the place to be? How do I get there? Why is this so important? Once you have successfully used Siri or Alexa to translate these (or similar) basic sentences, you will have the grammatical and conversational basis for the practical application of the new language you wish to learn.

Given the inability to speak with smart devices in a foreign language, it may be important to find online chat rooms and other locations where native speakers gather, but that should not be too difficult these days. Both Alexa and Siri can then be used to learn more words, including nouns that may be the subject of sentences, allowing you to expand your conversational skills in your second language of choice.

Once the basic grammatical structure is known and understood, both Alexa and Siri can be beneficial in helping the language student to expand their vocabulary without having to translate literally everything into a new language. In this day and age, however, that may not be enough, especially given the ongoing global medical crisis.

The current Covid-19 pandemic has left a great many people rightfully concerned about their health. As a result, the telehealth industry has grown exponentially, especially as live interpreters are much rarer these days, given the increased demand for social distancing and isolation. A study from Pew Research, even people with Limited English Proficiency or LEP in the United States own a number of smartphones or other smart devices.

“The vast majority of Americans – 96% – now own a cellphone of some kind. The share of Americans that own smartphones are now 81%, up from just 35% in Pew Research Center’s first survey of smartphone ownership conducted in 2011. Along with mobile phones, Americans own a range of other information devices. Nearly three-quarters of U.S. adults now own desktop or laptop computers, while roughly half now own tablet computers and roughly half own e-reader devices.”

It may be very tempting just to use these devices as medical interpreting services, but care should be taken when doing so. In all likelihood, both Alexa and Siri may be somewhat limited by themselves when it comes to medical interpretation services. Fortunately, however, there are a great many apps for both devices, some of which will be more ideally suited towards the demanding rigor of medical translations and the extensive medical terminology.

Medical translations are highly specific, much the same as legal translations, and with equally crucial ramifications. In the case of the coronavirus outbreak, a single poorly translated word or phrase could potentially put everyone around you at risk of infection and disease. There are plenty of medical translation apps available for both Siri and Alexa to make them available for literally everyone.

Translating this information into a Purchasing Decision

With 37 languages available, Alexa seems to be the best choice offhand. Though in fairness, Siri can also connect to Google Translate giving it a much wider variety of languages available for translation. It cannot be stated enough though, that neither Alexa nor Siri is specifically designed for the purpose of intensive translation services. The best bet at the end of the day will be looking for either third-party devices or apps that are made for translations and that can be readily connected with your personal choice.

Apple on the one hand already has a very serious and devoted customer base at its core, and thus, it is likely that these people will ultimately select to use Siri. Amazon has a great many third-party devices that be directly controlled by Alexa, so maybe a favored selection in terms of convenience for a wider variety of devices, including many home appliances and other systems. Siri however, is also quickly advancing in this area of development as well, again making both voice assistants virtually equal in terms of offerings.

At the end of the day, it really depends on what your personal needs are and which applications and operations you wish to conduct using Alexa or Siri. In fact, it could be that like an increasing number of people, you may ultimately decide that it is best to have both, and to let both Alexa and Siri function in their areas of strength, and to expand the number of apps and smart devices that you can control remotely or even automate.

Ultimately, however, I would have to recommend that in terms of more specific and demanding translation and interpretation services, it may still be best to consider using the services of a translation agency for the time being. There may come a day when machine translations are equal to that of a certified translator, but that day is not here just yet.