Amazon To Pay Up to $1,000 For Defective Products Sold On Its Marketplace 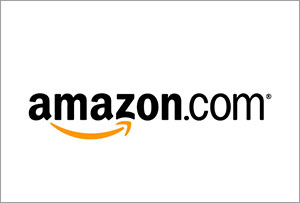 Tech giant Amazon has amended its returns policy to address issues with defective products sold on its marketplace by third-party sellers.

Tech giant Amazon has amended its returns policy to address issues with defective products sold on its marketplace by third-party sellers. Customers will now be compensated for claims under $1000 (which accounts for over 80% of cases) at no cost to sellers. If a seller rejects a valid claim for higher amounts, Amazon may also step in and pay. Previously, Amazon prompted consumers to contact sellers about defective products that caused personal injury or property damage, calling themselves merely an ecommerce platform and not a liable party.

Amazon has a history of avoiding responsibility for defective products sold on its marketplace. The situation has been complicated by US courts over the years who don’t always side with consumers. Recently, however, an appeals court in California ruled consumers could sue Amazon for injuries caused by defective third-party products. At issue was the case of a woman who sustained burn injuries from a faulty hoverboard purchased on Amazon marketplace. And, last year, the same court reversed a 2019 trial court ruling, reinstating claims from a woman who sustained third-degree burns from a fire caused by a faulty laptop battery she also purchased on Amazon’s marketplace.

The way liability for defective products is handled becomes even more of a problem as Amazon’s marketplace continues to expand, now boasting 6.3 million sellers. In fact, the US Consumer Product Safety Commision recently sued Amazon, demanding they take responsibility for numerous hazardous products. 24,000 faulty carbon monoxide detectors and 400,000 hair dryers lacking protection against shock and electrocution are some of the products named in the complaint. When consumers are injured by faulty products, a product liability attorney can help injured parties win compensation for injuries, medical bills, and lost wages. Product liability cases also help prevent future defects from occurring.

Consumers can now contact Amazon Customer Service to begin claims processes over defective products. Amazon will then notify the seller of the claim and work to rectify the situation if the seller doesn’t respond. If the seller rejects a valid claim, Amazon will instead provide compensation. Fraud and abuse detection systems are also in place to assess the validity of claims.

It’s thought Amazon hopes their new policy will curtail potential regulations that infringe on its marketplace business. They described their new policy as “going far beyond our legal obligations and what any other marketplace service provider is doing today to protect customers” — a statement crafted clearly to head-off future regulation.