Are NFTs the Missing Piece to the Gaming Puzzle? 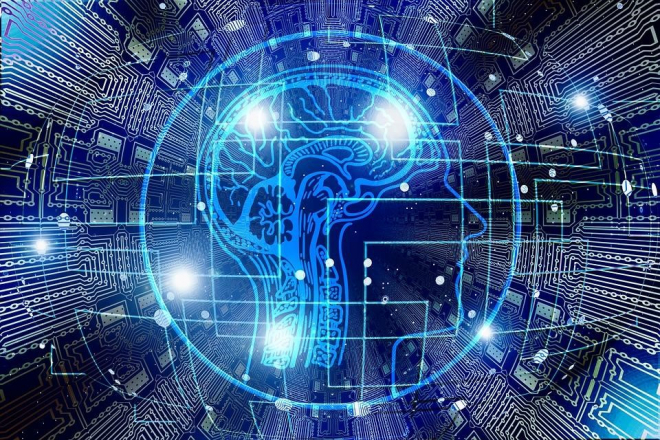 NFTs have unlocked a whole new world of possibilities in multiple domains from finance to art.

It is also supposed to bring about a slew of changes to the world of gaming. So are NFTs the future? Let’s find out.

A lot of disruptive innovations have happened on the digital front since the turn of the century. Most quickly withered away as short-lived fads but some of them prevailed over the rest and still have a lasting impact. First, it was blockchain. Along came the cryptocurrencies like Bitcoin, Ethereum, completely changing the face of digital transactions. And, now there is a whole new segment with unlimited possibilities called crypto collectibles among which NFTs, in particular, have been garnering mainstream interest over the last few months.

Short for Non-Fungible Tokens, NFTs are certificates of ownership of unique digital assets, supported by blockchain tech which allows these unique goods to be authenticated publicly. Usually purchased with cryptocurrencies like Ethereum, NFTs shot to fame early this year when an American artist called Beeple managed to sell his digital collage at a Christie’s auction for a whopping US$69.3 million.

Just don’t write it off as an one-off event. Just don’t. There is a stream of big NFT events coming up which are likely to keep the digital world buzzing. The reason for the sudden uptick could be that more and more people are now mulling over how to take NFTs and apply to their businesses so they could disrupt them. From celebrity chefs to music bands, more and more people want in. All these people want to capitalize on the craze and ride the wave early up.

Add to that list the likes of Jack Dorsey, Twitter’s head honcho, whose first ever tweet on the microblogging platform fetched as much as $2.9 million. Now that's massive, isn’t it? Come to think of it, a momentous occasion in social media history sold as an NFT for top dollar. This is what makes these crypto tokens stand out.

What’s striking about NFTs is that it’s just not digital art that they are being minted for. They can be used to authenticate a variety of other objects too, right from animated GIFs, collectibles in video games, songs, tickets to an event and tacos (yes, you read it right). The far-reaching application of NFTs has percolated into the domain of video games as well. In fact, gaming is one area where NFTs are gaining a lot of traction of late, and that is what we’ll be focussing on in the sections to come.

The older forms of NFTs did enjoy a lukewarm reception in their nascent days, but the humongous success of some of the latest NFT marketplaces has shown that there is a lot of potential in this space. Businesses like NBA Top Shot (a spin on trading cards) and CryptoKitties (where cats can be bought, bred and sold) are runaway hits that are seeing a major boom, creating ripples in the world of sports and mobile games. But that’s just one end of the spectrum.

On the other end are open-ended games which provide users with a great value in new ways. Before we delve deep into it, let’s back up to the 2010s when games like Farmville and Animal Crossing were all the rage. People had to stump up a great deal of money to collect in-game purchases and digital coins but still left dejected and angered because they had absolutely zero control over what they could do with all that they had accumulated. Serious limitations were in place in terms of what they can and cannot do, leaving them handicapped. All the time and effort spent scooping up a smorgasbord of collectibles and in-game assets meant nothing to these gamers as they had no real way to cash out their assets. Nor were they able to trade them for other virtual goodies.

Thankfully, things have changed in the space of blockchain gaming. Blockchain companies have gone all-in now with a whole new NFT approach and radically transformed the face of game design. They fully appreciate the importance of creating an open ended game economy through which more control could be placed right in the hands of players. And in doing so they are making it easy for the players to realize the real value they get in return for the amount of time and money they commit towards playing.

Companies like Gala Games are dedicated to building user-focused systems which allow players to create and transfer their own in-game assets whether it be skins, outfits, weapons and ammunition, digital avatars, and whatnot. If Gala Games reviews are any indication, these games are designed in a user-friendly manner where a player can freely trade in-game assets with other players, gather unique collectibles and take them to other games within the network, or even sell them for virtual coins like Ethereum. This radical approach has made old games look obsolete and significantly contributed to the soaring popularity of NFTs games. Clearly, this is where the future is going as far as gaming is concerned.

The magnitude of this shift fueled by the NFT economy is huge and has already encouraged scores of gaming enthusiasts to consider getting into gaming full-time. While it may sound a little ambitious or unwise at the moment to some of you, several encouraging things are happening on this front. Acclaimed eSports champions and collaborators are looking at riding the NFT wave early on to make some serious moolah hoping that it will open up the floodgates for hordes of other people who’re considering playing full time.

To give you an example, 23 year old eSports star Turner Tenney put up a brand new personalized NFT collection for auction on a marketplace, which basically consists of a series of animated videos of his digital avatars from three of his most streamed games on Twitch and YouTube namely “Fortnite”, “Minecraft” and “Call of Duty.” He’s currently working on this enterprising idea in collaboration with Medium Rare, a sports and entertainment company, who’ve created a niche for themselves helping content creators create unique NFT products. They’ve packaged Tenney’s collection with an interesting proposition: some of the NFTs include an exclusive chance to spend a whole day with Tenney playing video games and surfing; what’s more, they've thrown in physical bobbleheads which will be shipped to the buyer. Now that’s real disruption. And, it’s happening right now. Although several insiders and experts in the industry can’t put a finger on what’s exactly driving up the craze for NFTs in gaming, they are still positive that these trailblazing projects will open up the floodgates for more big names in streaming and eSports to come in.

Summing up, the pandemic-inspired climb of cryptocurrencies has clearly played a part in driving up the value of NFTs. It might seem to be yet another tech bubble but the signs are plain and clear for everyone to see. NFTs are real disruptors and they’re going to continue to do well. These tokens, being real digital alternative assets, are expected to bolster the morale of hordes of gaming enthusiasts that are seeking a full-time career in this fast-changing space and all those content creators that are looking for legitimate ways to monetize their content in a brand new medium. So are you ready to dip your toes in the waters of NFTs?