Are Physical Games Due for An Online Future? 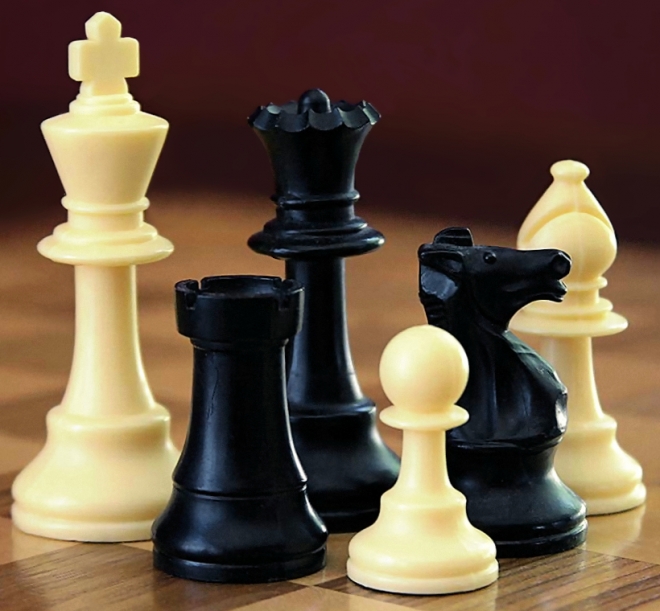 The last three decades have seen a revolution occur in the way that we do many things.

The powerhouse behind this transformation has been the internet. So today we can do everything from booking a holiday to exploring the history of the car all from the comfort of home.

But it’s also had more far-reaching consequences in many other areas too and these include how we choose to spend our leisure time. It’s simply become more convenient to do many things online, but could this be the beginning of the end for their physical alternatives?

One of the signs that big changes could be on the way has been the incredible rise and rise of eSports. From barely existing as recently as a decade ago, this has risen to be a multi-billion-dollar business.

Not only do the leading tournaments attract talent from all round the world, they also offer huge prizes, all for playing video games. It has also created some genuine superstars who are as feted as genuine sports stars by the millions who follow the games.

But perhaps one of the most surprising aspects of eSports has been the gradual increase in the numbers of fans who watched them being played online. As of 2020, this is estimated to number around 92 million people in Europe alone with the global figure being closer to 440 million.

And it’s not only games like Fortnite and League of Legends that are very popular, actual sports like the soccer game FIFA and the basketball one NBA 2K are too.

In recent years, the e-sports market has seen a huge growth with many fans now signing up to watch these tournaments online.

The rise of virtual sports

While these are examples of being able to watch expert players of video versions of actual sports, there has also been a sudden interest in watching virtual sports too. In these, various sports are computer generated to provide all the action and excitement of the real thing, but without any actual human involvement.

These have become particularly popular on sports betting sites which use the same kind of technology that online casinos do to create random and unpredictable results. The sports that are most popular include soccer, motor racing and even horse racing. Although they obviously don’t have the authenticity of the real events, they can make for quite exciting viewing all the same. The fact that viewers almost always have money riding on the result makes them even more engaging.

While actual sports are always going to play the biggest part in the Olympic Games, there has been speculation in the past that eSports might even make it into this, the ultimate of events.

Although this may be some tome in the future, there have been positive signs that it might not be impossible. For some time there has been discussion of whether they might become a demonstration event at the 2024 games due to be held in Paris. This followed on from Intel arranging an unofficial tournament to run alongside the Winter Games in South Korea in 2018 and which represented the first overtures to the International Olympics Committee.

One area which has definitely already seen the online version taking over from the real has been in the online casino sector. This has led to many millions of players who might previously enjoyed playing games like roulette and blackjack in traditional casinos opting for the online alternative.

Another, related, success story of an online transformation has been bingo. This was traditionally a game played in large halls with players lined up along tables listening to the caller shout out the numbers.

Players had to concentrate to cross out their numbers as they were called in what could be quite a noisy and disruptive atmosphere.

So, the transformation of the game into one that could be played in the comfort and quiet of one’s own surroundings is obviously better for many people. Add the fact that numbers are crossed off automatically and its appeal becomes even easier to see.

The biggest names in the online sector, including ones like Wink Bingo, have gone even further by introducing a wide range of different bingo games to appeal to different kinds of players. They have a variety of promotions on offer and allow new players to get bonus on some of their top games! The site has also recreated the more social aspects of bingo by including chat rooms where friends can meet up virtually to enjoy a game or two. The fact that this is there to be enjoyed at any time of the day or night also adds to its appeal.

With gambling games like Bingo moving online, it means people can play at their own convenience rather than making time to visit a physical location.

The advantages of the online alternative

This is also true of all kinds of virtual games, whether it’s soccer or bingo. With sports normally played outside and which can also be affected by the weather, this is another point in the online version’s favour.

There are also increasing concerns about the physical dangers of some sports with injuries becoming more common in players and participants. Obviously, this is more relevant to some sports than others, but it’s definitely a consideration.

Online activities are also available to many people who don’t have the ability to get out and about, maybe because of time and other constraints. But the convenience of doing it online overcomes this.

So, it does seem likely that, over time, many physical activities may be overtaken by online ones – but there will also always be the appetite for the real thing.