Are You Allergic to Your Environment? Everything You Need to Know 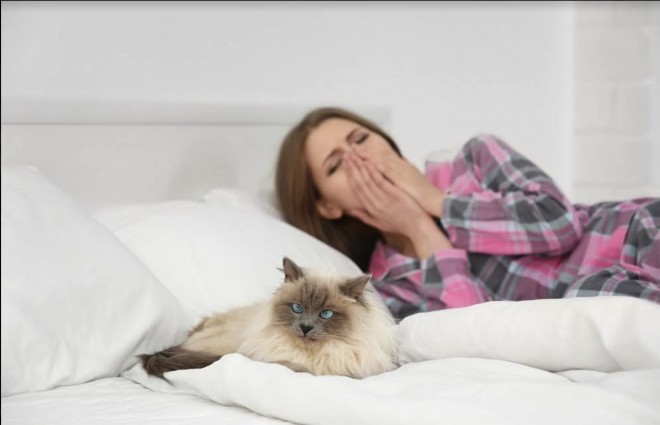 For thousands of years, the natural world has presented myriad threats to human beings, but most of these threats have been mastered in some way.

For thousands of years, the natural world has presented myriad threats to human beings, but most of these threats have been mastered in some way. From domesticated animals and agriculture to advancements in medical science like glasses and medication, we humans have most hurdles figured out.

Still, conscientious parents offer two bowls of candy during Halloween: peanut-free and regular. Not all families can support a pet when they’re choking to death and their eyes are watering. Whether they’re deadly or simply inconvenient, allergies are some of nature’s most stubborn obstacles impeding the daily lives of countless people. Peanuts and pollen are certainly common offenders, but the scope of allergens is much more massive than this potent duo: Molds, bugs, and latex can all do just as much damage.

Given the massive scope of items to which people are allergic, over 50 million Americans are allergic to something, placing allergies among the most common chronic illnesses in the United States. That many allergens aren’t intrinsically harmful begs the question, “Why are we allergic?” If we love our furry friends and if peanuts are indeed as nutritious as they are delicious, then why do those things launch our immune systems into attack mode?

What Is an Allergy?

This is what it comes down to, after all. Immune systems are elaborate security systems, not only keeping intruders out, but neutralizing intruders who’ve passed initial defenses. What makes an allergen different from a more universally harmful pathogen is that, while the body tags allergens as pathogens, allergens aren’t actually harmful. Your body would rather be safe than sorry. In accordance with evolution, overactive immune systems are better for us than underactive ones, so here we are, a species whose bodies fight quixotically against benign substances.

The process of noting allergens as harmful is known as “sensitization.” Through inhalation or ingestion, an allergen enters the body. Cells record the properties of the allergen, which triggers the production of antibodies capable of thwarting future instances of that allergen’s trespassing. If the allergen ever returns, the immune response is triggered, watering unsuspecting eyeballs and constricting unsuspecting throats. A baby may inhale pollen from its stroller, and for the rest of its life, it’ll have a cold every April. Generally, other symptoms of allergies include sneezing, swelling of the tongue, or nausea.

Our Bodies Do This to Us Because of Evolution?

Not entirely. Allergies may have risen among us because of modern day-to-day environments. Modern living spaces are cleaner than they’ve ever been, offering less and less traffic to pollen, dust, and pests. Scientists believe that this cleanliness has made us more sensitive than we’d otherwise be. When a child’s body develops tolerance against many different germs, its body is also better at differentiating between what’s harmless and what’s harmful. In general, children need to play outside so that they become used to different things going in and out of the body. Toddlers ought to be eating stuff off the floor.

Parents can also facilitate this exposure in a more controlled way. Introducing common ingestible allergens to children (from babies to adolescents) in extremely small quantities potentially “vaccinates” those children against future allergic reactions. These common allergens are foods like nuts, shellfish, and soy.

First of all, you can take antihistamines, medications that block the effects of histamine. Histamine is a chemical that brings about common allergy symptoms. Allergy patients may take antihistamines orally, though there are also nasal sprays and eye drops, as well. If for some reason, you don’t have access to antihistamines, there are remedies you can conjure at home.

For example, a cold and damp washcloth can help with watery or swollen eyes. Simply place one over yours for several minutes. If your issue is dust or pet dander, a deep clean of your living space might go a long way and maintain a long-term effect. The effects of pet dander can be further alleviated by owning hypoallergenic breeds and regularly brushing your pets outside, keeping that hair out of your home. Finally, honey is a natural antihistamine whose properties may mitigate the general effects of allergies. Take honey either by itself or with tea.

Having allergies is no fun, so it’s important to consider your arsenal, from medication to an at home allergy test. Ultimately, if scientists are to discern the exact origin of allergies, then they have a lot more work to do, but many possible explanations lead to many possible remedies to make life with allergies much more bearable. With their primary roots in evolution, allergies are potent foes that continue to plague us in the modern day, but there are many ways to fight back or make a difference for our loved ones who have allergies.