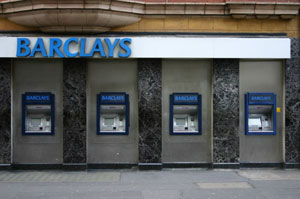 The bank is aiming to reduce its costs by axing 3,700 jobs

Barclays, the giant banking firm, are planning on cutting 3,700 jobs in order to limit their costs by £1.7billion. This follows a review which was carried out on the bank’s progress.

The job cuts are expected to happen in 2013, although it is thought that the UK will experience few job losses, according to Barclays.

One area of the business to be mostly affected will be its investment bank, and many of the job losses will be in Asia. According to reports, around 1,900 will be derived from other areas, including European retail.

Chief Executive of Barclays Antony Jenkins, who took over from Bob Diamond in August last year, explained the decision. Mr. Jenkins has also said he is committed to reforming the bank’s reputation.

The bank’s figures correlate to what experts had predicted. But Barclays reported a loss in pre-tax profit; with profit being £246million in 2012.

The company has been affected recently with regards to the Libor Scandal, as well as mis-selling.

This relates in particular to mis-sold Payment Protection Insurance (or PPI), and Barclays previously announced they were adding a further £600million to their pot with regards to provisions for mis-selling.

One subject that has been in the news lately relates to banks and bonuses, and Barclays reported that bonuses had decreased each year – being decreased by over one tenth since 2011.

The bank’s shares were increased from 6pence to 6.5pence.