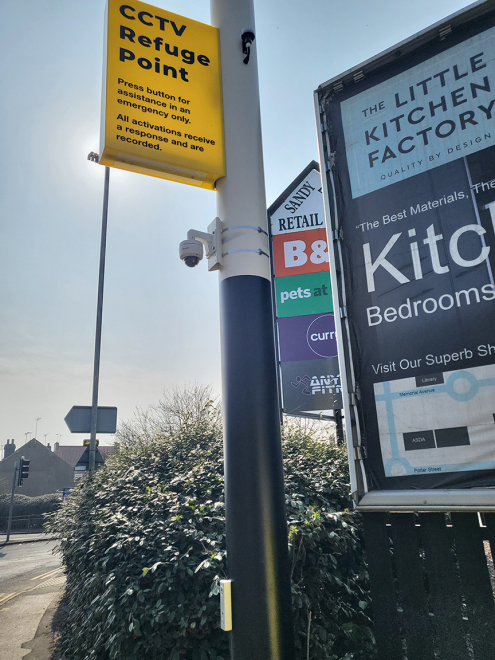 Bassetlaw District Council says that the CCTV refuge point can be used by any individuals who feel unsafe or threatened.

Bassetlaw District Council has recently installed a CCTV refuge point in Retford town centre in a bid to reduce anti-social behaviour in the area. The refuge point can be used by individuals to alert the council's CCTV control room operators if they need police assistance or feel unsafe.

The CCTV refuge point, which is located opposite the Market Square, is funded by a grant from the Nottinghamshire Office of the Police and Crime Commissioner.

"We are proud to now bring this technology to Retford to further deter anti-social behaviour and instances of violence, specifically against women and girls, taking place in the district.

“We hope that this new equipment will help to make those who visit, live, or work in Retford feel safe and protected. We are also asking that the public use the CCTV refuge point responsibly and only in circumstances where they are feeling unsafe and require help.”

Police and Crime Commissioner Caroline Henry said: “We were proud to become the first force in the country to utilise this innovative technology"