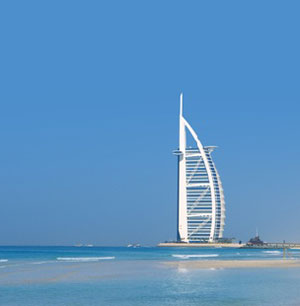 Acts amount to Cybercrime in the UAE

Nowadays, social media is considered an invaluable tool for communicating with others locally and globally and sharing, creating and disseminating information. We live in a new era marked by massive social media platforms such as Twitter, Facebook, and WhatsApp. People must understand how to use social media platforms effectively to communicate with friends, family, and others without abusing, insulting, or defaming others. An indecent act could land them in court or result in a hefty fine in the UAE. Several laws and restrictions must be observed when using social media in the UAE. Illegal activities conducted online can result in severe consequences. Individuals should exercise caution when using social media and be aware of what is and is not permissible to post under UAE law to avoid running afoul of the law. This article will discuss the various "social-media laws" that everyone must follow while publishing, posting, or sharing any information, news, or post.

Acts amount to Cybercrime on social media in the UAE

The following are some of the acts considered Cybercrime in the UAE if they are committed on a social media platform.

Federal Law No. 5 of 2012 on Combating Cybercrime (the 'UAE Cybercrime') makes it illegal to disclose any information obtained electronically in an unauthorized manner.

Article 21 of the law holds a person liable if he or she uses an electronic information system or any other information technology means to offend another person or to attack or invade his or her privacy.

Article 22 of the same law holds a person liable if he uses a computer network, website, or information technology means without authorization to disclose confidential information obtained in the course of or as a result of his work.

Shall be punished with a minimum of six months' imprisonment and a fine not less than AED 150,000 or with both.

A RAK Court Ordered the Wife to Pay AED 8,100 in Compensation

A couple from the United Arab Emirates battled it out in a Ras Al Khaimah Court after the wife read her husband's text messages. The court ordered her to pay AED 8,100 in damages for infringing on her husband's privacy. Additionally, she was sentenced to one month in jail. The decision was made following the wife's disclosure of private conversations between her husband, his first wife, and their daughter. The second wife was convicted of secretly accessing email accounts and sharing private text messages. This invasion of privacy sparked conflict between the husband and his first wife, ultimately resulting in their divorce.

According to Article 17 of the UAE Cybercrime 'whoever creates, administers, or runs a website, or transmits, sends, publishes, or republishes pornographic materials or gambling operations over a computer network, or does anything else that may be detrimental to public morals.

Shall be punishable by imprisonment and a fine of not less than 250,000 dirhams or both.

An Emirati poet, known as the 'poet of sensations,' had been sentenced by the Federal Court of First Instance in Abu Dhabi to three months in prison and fined Dh250,000 in 2017 after being found guilty of violating cybercrime law and violating public order and morality. Federal prosecutors charged the writer, known as the "poet of the senses", misused social media and technology, and violated public order and morality. The poet violated the UAE's social values, ethics, and religion by publishing a poem on social media.

In the UAE, it is illegal to post defamatory comments on social media or to invade another person's privacy.

Article 20 of the UAE Cybercrime Law criminalize anyone who insults another person or posts something derogatory.

Labelling a person or posting another person's photos or videos without their consent, trying to threaten others, spreading unverified information, gossiping about or maligning others are all criminal offences.

In this case, an Emirati man posted an Instagram video insulting an Emirati social media personality known as "Kashoona." Kashoona took part in celebrations following Saudi Arabia's decision to allow women to drive. She was the first Emirati woman to do so. She was one of a slew of celebrities who attended from a variety of countries. The court found that the defendant recorded a video wherein he had verbally abused the lady (Kashoona). Later he posted such a video on his Instagram account.

Held: The defendant was fined Dh300,000 and convicted of slander under Article 20 of Law No. 5 of 2012 on Combating Cybercrime. Additionally, the court ordered that the video clip be deleted. The defendant's social media account was suspended for two months, and his cell phone, which he used to post the abusive online video, was seized.

Article 35 of the UAE Cybercrime Law prohibits the insulting of religion on social media. It states that 'whoever commits any of the following crimes via a computer network, information technology, or a website:

Shall be punished with imprisonment and a fine of not less than 250,000 dirhams or with both.

The purpose of this article is to provide an overview of the subject. To know about the acts which constitute Cybercrime, Please don't hesitate to contact some experienced law firms like HHS Lawyers and Legal Consultants are experts in dealing with matters relating to Cybercrime in the UAE.