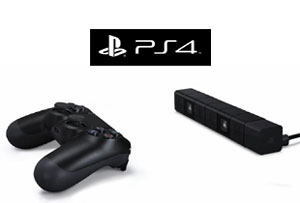 If you find yourself struggling with gift ideas and the holiday season is right around the corner, you should keep in mind that a PlayStation gift card is one of the best presents you can give to an anime fan who happens to own a PlayStation 4! There’s quite a few them available on the PlayStation Network storefront, so in order to save your time and energy (that would otherwise be spent on blind stumbling) we present 5 best options for anime video games currently available on the PS4!

Coming from PlatinumGames, the developers behind such notable action titles as Vanquish, Bayonetta, and Nintendo Switch exclusive Astral Chain, NieR: Automata’s development team is practically a reason on its own to get yourself (or someone else) a PlayStation gift card. NieR: Automata is a post-apocalyptic, anime-themed, stylish, hack n’ slash title with JRPG elements that shouldn’t be missed!

The game tells a story about three human-like androids – female 2B and A2 as well as a male unit S9. These android warriors were created by humans and deployed to fight on Earth, as mankind was exiled from its home world by machines. Get ready for a well-written story infused with philosophical themes, immersive gameplay as well as occasional platforming and mecha combat segments. This is a critically acclaimed game that will deliver tremendous value to both anime fans and regular gamers alike!

It’s hard to imagine an anime game list without a Dragon Ball Z game included. A PlayStation gift card will come along very nicely with this particular DBZ gaming title, as Dragon Ball FighterZ offers a staggering variety of DLC content to expand upon an already rich assortment of distinct playable characters.The developers behind this Dragon Ball game – the Arc System Works – are known for making high-quality fighting games some of which include titles from the BlazBlue series and Dragon Ball FighterZ is no exception!

This 2D arena fighter harbors 3D graphical elements – basis for awesome looking cinematic cutscenes that interrupt gameplay when special moves or finishers are performed. Controls are straightforward, responsive and easy to learn. Every character feels unique and plays in a completely different way, and a PlayStation gift card can easily cover the cost of DLC characters which are often worth trying out. Not to mention the 3 distinct single-player campaigns that tell an original story and introduce a major new character to DBZ lore – Android 21!

The latest installment in the Tales series developed by Bandai Namco Studios differentiates itself from its predecessors by telling a dark and tragic story. Tales of Berseria demonstrates confidence and deviates from the light-hearted and cheerful attitude of previous installments. Prepare to explore mature themes and melodramatic storytelling which features an anti-hero female protagonist named Velvet Crowe.

Use the PlayStation gift card to boost the funds of your PSN account and get the game to follow Velvet’s quest for revenge! After her beloved youngest brother gets sacrificed to save the demon-infested world from evil, Velvet turns into a ruthless warrior bent on bringing vengeance to those she holds responsible. In her eyes, ends justify the means and she’s ready to bring punishment even if that means dooming the entire world!

The game is a JRPG that features third-person real-time combat. You’ll be accompanied by a team of party members as you fight through dungeons, solve puzzles and search for treasure chests to unlock various cool-looking cosmetics. PlayStation gift card can also help the player to acquire new cosmetic character skins as DLC is also available on the PSN. It’s a great game you can play as you are waiting for the Tales of Arise, planned to release in 2020.

Post-apocalyptic setting – check! Vampire characters with special powers – check! Anime style – check! Beautiful graphics – also check! Code Vein is a JRPG with a sweet mixture of different elements and genres mashed and packed in one package of awesomeness! On top of that, it has rich world-building and a vast character customization menu to craft a true anime OC, according to your liking. This makes Code Vein a real jewel for an anime fan who games on a PS4, so a PlayStation gift card is once again worthy of consideration!

After an apocalyptic event, known as the Great Collapse of planets, Earth is overrun by demonic monstrous entities. To combat this threat, humanity started reanimating the dead by implanting Biological Organ Regenerative (BOR) parasites into their hearts. This gave way to the rise of Revenants – vampire warriors with special powers. Some of them went rogue and became the Lost – monstrous cannibalistic beings that spread destruction.

Get the game on the PS4 easier with the PlayStation gift card and prepare for another great JRPG experience! This title will be very reminiscent of the games from the Dark Souls franchise as Code Vein features a lot of similar gameplay elements. For this reason, Code Vein serves as a perfect anime-themed alternative to Dark Souls and it’s also available on the PS4!

It wouldn’t be an inaccurate statement that the Persona franchise is the most definitive anime video game series on the entire PlayStation platform. The last installment – Persona 5 – is PlayStation exclusive available both on PS3 and PS4. The game is available on the PlayStation Network so increasing your PSN funds through PlayStation gift card will again, allow for the easier purchase of this title.

Persona 5 is a stylish JRPG that was developed by Atlus studios. The game features a silent protagonist named Joker who lives a double life. On one hand, Joker is a high-school student who lives in Tokyo, on the other hand, he is one of the Personas, people who constantly venture into an alternate dimension known as the Metaverse. This shadow realm can be considered a tangible, dungeon-like manifestation of humanity’s psychological existence and it’s inhabited by dangerous, antagonistic beings that the player will face in combat.

Any receiver of a PlayStation gift card should give this stylish game a chance. Persona 5 features around 100 hours of rewarding gameplay, turn-based combat system, a breathtaking presentation which extends even to an animated menu interface. The story is well-written and serves as an artistic, anime-style interpretation of concepts and ideas like a psychological shadow and the collective unconscious which were explored by the influential 20th-century swiss psychologist Carl Gustav Jung.

Receive these games easier and cheaper!

Since these anime video games are available for the PlayStation consoles with some of them being PlayStation exclusives, all these titles can be found on the PlayStation Network digital storefront. Keep in mind, that through buying games with a PlayStation gift card (found on video game marketplaces like Eneba) you’ll be freed from the necessity to enter credit card data and thus avoid all the risks that might come along. On top of that, often enough you’ll save money as the price of PSN cards is constantly shifting. It's quite possible to get them cheaper and, in turn, enjoy PS4 anime video games with lower risk and at a much lower price!