Best Clubs in Paris for a Musical Extravaganza 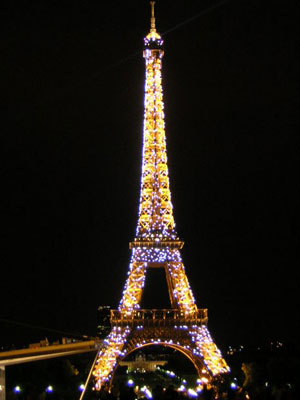 The capital of France and the home to over 2.2 million people. Paris.

The place where Eiffel tower is located. Paris is one of the most visited places on earth by tourists. It is also called the city of lights. The city is famous for its fashion, exquisite architecture and extraordinary food. Many find it a romantic place. Paris also has a buzzing nightlife and have some great clubs. Booking at café-de Paris guest list is open. The clubs have awesome DJ’s and jazz artist that captivate audiences to dance all night and have fun. A night that people will remember for a long time and live long in the memory. Therefore, which are the best clubs in Paris let us look.

This club is located at 22 boulevard Vincent Auriol, Paris. Djoon is a word from the Persian language, which means soul, and this is a very soulful place indeed. This place is small and can only hold around about 500 people. International artists like Theo Parrish, Kerri Chandler, black coffee and DJs from as far as New York come and play here. This place has a very family-friendly atmosphere. This club has one of the best, if not the best afro house and urban sounds in the whole of Paris.

Rex Club is located at five boulevard Poissonniere, Paris. Laurent Garner found this club in 1992 almost 28 years ago. If you want to listen to techno, this is the place to go because this is the first place in Paris that started playing techno. It has a big dance floor and a very well lit stage. Famous DJs like move D come and play here. Although this is quite an old place, this place still has a great sound system.

This is located at 69 Port De La Rapee, Paris. Concrete is in a three-level boat which is anchored to Paris's one of the prettiest sites. This place techno and house. It has an electric feeling to it, so everybody is hooked. If you want to enjoy Paris views, then the terrace upstairs is the place to go. Concrete is also famous for long hour marathon parties which can last sometimes for 30 hours.

Badaboum is located at two bis rue des Taillandiers, Paris. This is the Bastille district of Paris. It is on the same street as the synced phone. This club opened in 2013 and has a Parisian style to it. It plays techno and house. The club also has a bar and concert hall. Some big names like Apollonia, Jeremy Underground, Dusky, DJ Tennis, and Marshall Jefferson have played here. It also has one of the best sound systems in the city. In addition, there is no dress code here so you can wear what you feel comfortable in.

This club is located at 34 Quai d'Austerlitz, Paris. This was opened in 2017. This club was previously grand ribcage and was supposed to be shut down, but it was established permanently. It is both indoor and outdoor, which faces the Seine. This club plays electronic music and has a wonderful sound system. It also hosts some local and world-renowned artists such as Ivan Smagghe, Etap Kyle and Konstantin Sibold. At the garage, there is no dress code.

The location of this club is 90 boulevard de Clichy, Paris. This has three spaces: an American bar, which has 250 seats, a concert hall, which has 750 seats, and a club, which has 400 seats. This club was formerly known as La-loco, and it was renamed in 2010 when new owners, the famous cabaret, took over. They play techno and mostly house. The dress code is not very strict, but sports trousers sweat pants and shirts are not tolerated or anything sports-related should be avoided.

Petit Bain is located at 7 Port De La Gare, Paris. This place has a restaurant, a concert hall and a club. The music at le Petit Bain is a mixture of several different styles from techno to hard rock. It plays all kinds of music. The dress code is not strict, and you can wear anything you want. It also hosts big stars like Patrice Baumel from time to time. It also has a terrace where you can enjoy picturesque views of the siene and have a taste of the tasty dishes provided there.

Terminal 7, also known as T7, is one of the more modern clubs in the city. It is located at 1 place de la Porte de Versailles, Paris. This is a huge club with 400 squared meters as a terrace and an overall area of 1000m2. Since it is modern, it has slick and sexy interior architecture and awesome lighting. It is was opened in 2017. It plays techno, house and tech-house. Great musicians like Seth Troxler, Sam Paganini, Worakl's, and Sonja Moonear have all performed here.

Glazart is located in the northeast of Paris. It is a small club resort. It is a nightclub, a bar and a concert hall. It is a go-to spot in the summers when the beach is opened. Many events take place here in the summer. The music which is popular is dubstep, trance, dub and hardcore. The dress code is to come, as you like. The main attraction here is the beach and the summer concerts. It is a great combination.

It is located in 34 Quai d' Austerlitz, Paris, which is the fashion and design city. This place is a filming location as well and the film Cyril collard was filmed here. It has a neopunk space, which can host 1500 people. The music played here is techno, and it hosts some great musicians like Octave One, Paula Temple, Darius and Tiga. The dress code is snickers, t-shirts and jeans since it is underground, so this will suffice and avoid tracksuit.

The night scene in Paris is great, and with such clubs in the city, you will have a great night. The New York Times not before long declared Paris nightlife as dead, but the scenes have changed, and now it is as vibrant and colorful as any of major nightlife cities in the world. With the list of best clubs in Paris provided above, you are sure to listen to some great tunes and dance your heart out. Most importantly, you will have a night to remember and cherish.