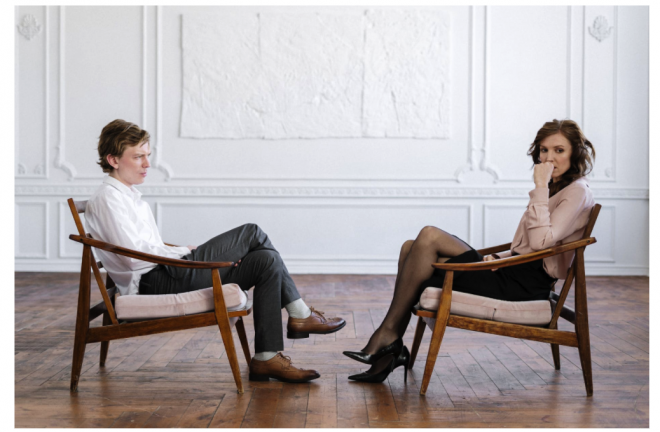 Let us relive the memories of our long-forgotten love and heal from the pain it caused us through films.

A happy marriage is a major milestone for many couples globally. Seeing your partner and hearing your kids’ laughter is pure bliss. But sadly, marriage problems can become a giant boulder to shoulder. Perhaps the song “Sometimes Love Just Ain’t Enough” is right all along.

In this month of love, let us relive the memories of our long-forgotten love and heal from the pain it caused us through films. Here are some tearjerker movies you may want to watch right now.

Meg Ryan, who was well-loved for chick flicks, was paired with Andy Garcia from The Godfather III. No one expected that these actors from two opposite sides of movie genres would meet on the set of When a Man Loves a Woman. Surely, many moviegoers in the early ‘90s were surprised to see their unlikely chemistry and moving performance. The film discusses the hidden struggles of marriage and the power of listening and empathy.

Alice Green, a school counselor, is married to Michael Green, a dashing airline pilot. At first, Alice is shown as a lighthearted and loving wife and mother. But her repressed alcohol problems surface when her recklessness with her family worsens. One day, she gets heavily drunk, slaps her daughter, and loses consciousness while taking a bath.

Things seem to get better when she agrees to seek professional help and recovers. But her marital problem gets worse as her husband finds it hard to adjust to her post-treatment behavior towards him. In the heat of their confrontation, Alice confesses that his concern ‘makes her skin crawl.’ It leads to Michael moving out and accepting a job offer in Denver.

The final scene becomes more emotional with Alice’s moving speech about her alcoholism and how it burdened her children and marriage. It ends with tears and well-wishes from her audience. Out of nowhere, Michael appears and admits his failure ‘to listen, to really listen.’

Almost every hopeless romantic loves Jesse (Ethan Hawke) and Celine (Julie Delpy). Their love story started in Before Sunrise (1995) before they met again in Before Sunset (2004). Although the second film's ending is quite ambiguous, it is safe to assume their old feelings were rekindled.

In Before Midnight, Jesse is already married to Celine. While everything seems to be in harmony, Jesse struggles to maintain his relationship with his son from his previous marriage. So, he wants to move to Chicago to be closer to his son. But Celine, who is at the crossroads of her career, is not pleased with his proposal. They have a fierce confrontation, expressing their concerns about the strength of their marriage. It eventually leads to Celine telling Jesse she no longer loves him.

The film ends with Celine sitting alone in an outdoor restaurant on the same night. Jesse sits beside her and jokes about himself being a time traveler in reference to their first meeting on a train. He brings out a letter from her 82-year old-self, seeing it as one of the best nights in their marriage. While Celine is visibly unamused, Jesse tells her that their love may be far from perfect, but it is genuine. They start to tell jokes and reconcile.

Is there anything more painful than to be left by your wife for no apparent reason? Kramer vs. Kramer features a powerful performance from Dustin Hoffman and Meryl Streep. The film mirrors the struggles of single parents and the toll of custody battles on them and their children.

Ted Kramer happily arrives home to share the good news about his job promotion only to find out that Joanna, his wife, is leaving him and their son Billy. Ted and Billy have a hard time coping with the drastic changes. Ted has to balance his career with his duty as a single father. Likewise, Billy misses his mother’s care and affection. But after months of fighting, they learn to bond and love each other deeply.

A year after leaving her family, Joanna comes back to claim Billy, leading to a custody battle. As the hearing continues, Ted and Joanna are shocked by the character assassination that their divorce lawyers unleash on one another. After the witnesses testify and the damaging facts are revealed, Joanne wins, leaving Ted devastated by the decision.

In the end, Joanna tells Ted how much she loves Billy and that she has come to accept that the true home of Billy is with Ted. They appear to reconcile when they take the elevator, and Joanna asks Ted how she looks, to which he replies, “Terrific.” Unlike the two previous films on the list, it may not be the romantic's typical ending, but it highlights Ted and Joanna’s mutual decision to make Billy happy.

Is there anyone who has never seen Mrs. Doubtfire yet? It is another film on this list that does not have a romantic ending. This comedy-drama film highlights how love always prevails regardless of family arrangements. It features our beloved Robin Williams as Daniel Hillard, who goes to extreme lengths to steal moments with his kids after losing the custody battle to his wife Miranda, played by Sally Field.

When the party Daniel throws for Chris (one of their kids) becomes chaotic, Miranda becomes enraged that she files for divorce and wins sole custody of their children. Shared custody will only be given once Daniel finds a stable job and a conducive home within a specific timeframe. Before this, Daniel had already resigned from his previous job. So he has to rebuild his life, redirect his career path, and find a new apartment.

Things seem to be working in his favor when he learns that Miranda is looking for a housekeeper. With his brother and his domestic partner, he transforms himself into Mrs. Euphegenia Doubtfire. He gets hired and becomes closer to his children. But his joy is eventually cut off when he administers a first-aid procedure to Miranda’s new boyfriend and accidentally reveals himself.

Once again, he loses custody of their children. But Miranda soon realizes that the children are better off with his involvement. They agree to arrange joint custody so that Daniel can take the kids after school. At the end of the film, Miranda watches an episode of a new children’s show hosted by Daniel. He reads a letter from a young girl whose parents have already separated. He answers it, saying that love always wins regardless of family arrangement.

Have you experienced making a naive yet cheesy promise with your childhood sweetheart? Did you find your happy ever after with him? Whether that happened to you or not, this rom-com film will entertain you with laughter and tears. Sweet Home Alabama may have mixed reviews, but most critics found it a sweet, charming, and lighthearted fantasy. Even the late Roger Ebert approved this film by awarding it a three-out-of-four-star rating.

Melanie Smooter/Carmichael, played by Reese Witherspoon, is a successful fashion designer in New York and set to marry a wealthy man, played by Patrick Dempsey. She returns to Alabama to announce her engagement to her family and settle the divorce with her ex-husband Jake Perry, played by Josh Lucas.

There, a lot of things happen, including her getting drunk at a local bar where she throws insults at her old school friends and outs her friend Bobby Ray Bailey. She also argues with her estranged husband, who throws her out of his house. But later on he relents and eventually signs the divorce papers.

Andrew discovers Melanie’s background but still decides to marry her. During the wedding, a lawyer arrives and interrupts it as she was not able to sign the papers. Melanie confesses that she still loves Jake before she and Andrew wish each other well. She goes to the beach and finds Jake planting lightning rods to create glass sculptures. They return to their supposed wedding venue and have their first dance as husband and wife. During the credits, it is shown that they already have a daughter.

Safe Haven is an adaptation of a Nicholas Sparks novel of the same name. It may not be a crowd’s favorite, given its low rating on Rotten Tomatoes. But IMDB and Vudu have a lot of good words to say about it. It proves that different elements and genres can be mixed and work together. This romantic drama fantasy thriller film is a box office hit.

It stars Julianne Hough as Katie, a newcomer in Southport, Carolina. She meets Alex, a widower with two children with whom she falls in love with within a short period. She also becomes friends with a neighbor named Jo.

As the story continues, Alex sees a wanted poster and finds out that Katie is actually Erin, who escaped her abusive husband. But his love prevails despite the initial anger and mistrust, and they reconcile.

Things get out of hand when Kevin, her abusive husband, finds Katie and tries to burn the shop down. In the ensuing fight, Kevin dies while Katie, Alex, and Lexie come out safe. Later, Jo bids Katie goodbye before telling her she belongs there. Alex gives her a letter confessing his love and hoping she feels the same way. It includes the photo of his late wife, Carly. Katie realizes that Jo and Carly are the same people, a ghost that has been watching over them.

Even in the movies, love does not always run smoothly. Breakups and divorces are plentiful on the silver screen. And as it turns out, these have become some of our favorite themes when we want to cry our hearts out.