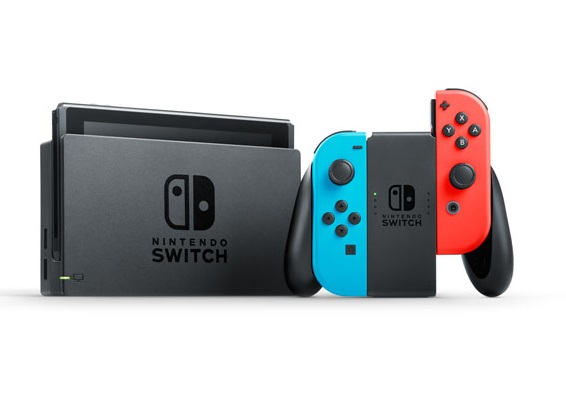 Today there are many types of gaming, from computer to mobile.

Many things are becoming portable. Check more information at keepitportable. But one of the most popular platforms that have good reviews is still portable game consoles. There are not so many handheld game consoles on the market that have a good price/quality ratio. The list below shows the best popular models of portable consoles.

The device allows you to smoothly switch game modes: one moment you are playing Super Mario Odyssey on your TV, and then, without even stopping the game, you can pull the system out of the dock and continue playing anywhere you want.

The system's unique controllers detach from the sides of the screen, allowing different playback styles to be used. The system's stellar game line includes must-have exclusives such as Zelda: Breath of the Wild, Pokemon: Let's Go Pikachu, and Let's Go Eevee and Octopath Traveller; great AAA games such as Dark Souls and Doom; and a large selection of indie games such as Stardew Valley, Celeste, and Shovel Knight.

If you want to get a high-quality portable console at a low price and without any frills, then Nintendo 2DS is a good choice for you. Although the 2DS is simpler and cheaper than the Nintendo 3DS, it has access to the same huge library of excellent 3DS games, except for new exclusives. It is also ideal for younger children, as the system has a solid construction, and is quite strong.

The New Nintendo 2DS XL is the middle link in the Nintendo 3DS line. The console demonstrates the improved performance and design of the New 3DS XL. But it rejects 3D features in favor of a lower price. The New 2DS XL features a C-Stick and two additional shoulder buttons.

The folding design of the New 2DS XL is less suitable for small children, but the impeccable form factor and lower price make the device an attractive alternative for people who are not interested in 3D.

Sony PlayStation Vita is still a serious competitor in the portable console market. The device is the home platform for such famous games as Uncharted: Golden Abyss and Killzone Mercenary. Vita also has many of everyone's favorite indie games. Japanese visual novels and role-playing games are plentiful in the system. As well as various westerns such as Don't Starve and Rogue Legacy. The system allows you to access many downloadable classic PS One and PSP games, making it the best way to play retro games.

As for hardware, the Vita has a 5-inch touch screen and a unique touch panel. It is installed in the back for use in games such as LittleBigPlanet and Tearaway. Thanks to the Vita remote play feature, you can use this device to play games for PS4 while away from the TV.

New Nintendo 3DS XL is the most high-end representative of the 3DS family. This means that the console is fully compatible with all original 3DS games, as well as with exclusive New 3DS releases such as Xenoblade Chronicles 3D and the Super Nintendo classic set. The 3DS library is extensive. It includes high-profile Nintendo releases such as Zelda: A Link Between Worlds, Pokémon Sun and Moon, and Luigi's Mansion, big third-party games such as Monster Hunter Generations, a long list of classic games on the virtual console, and many smaller indie titles such as Pushmo and BoxBoy.

The New 3DS XL dual-screen design uses a stereoscopic 3D upper screen and a touch-sensitive lower screen with traditional control buttons. The new 3DS XL systems have slightly more power compared to the original 3DS systems and include a C-Stick for dual analog control, as well as two additional bumpers.