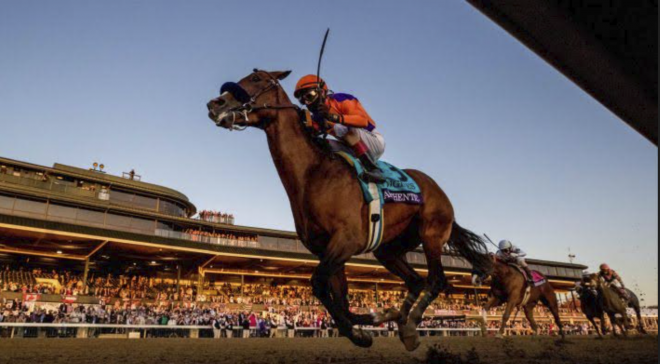 The Breeders’ Cup is the most exciting time of the year for racing fans, and this year promises to be no different.

The Breeders’ Cup is the most exciting time of the year for racing fans, and this year promises to be no different. The biggest stars from around the world will head to Del Mar to try their luck in one of 14 Grade 1 races over the space of two days.

All races are hugely lucrative events, with the Classic being among the richest in the world with a purse of $6 million available. But, which selections could be the best for the upcoming meeting in Del Mar in November?

The featured race of the meeting is the Breeders’ Cup Classic, as a field of talented horses on the dirt will go to post. This is a race that could easily go a number of different ways, depending on who performs on the day. However, the most consistent so far this season has been Essential Quality.

The three-year-old for trainer Brad Cox has lost just once in her career to date, with that loss coming in the Kentucky Derby back in May.

However, since then, he has proven just how talented he is, with Grade 1 victories in the Travers and Belmont Stakes. He has run against talented fields throughout the season, and that holds him in good stead for the Classic in November.

Check out the 2021 Breeders' Cup Contenders by TwinSpires here.

The Breeders’ Cup Turf markets could be altered after the running of The Arc in early October, depending on the condition of the runners coming out. However, the safest bet to make at this early stage with the Breeders’ Cup still over a month away is Mishriff, who almost certainly looks to be heading to Del Mar later in the year.

One factor that certainly won’t be an issue for this four-year-old is the travel, as the globe-trotter has already won lucrative races in the forms of the G2 Prix Guillaume d’Ornano, Saudi Cup and the G1 Dubai Sheema Classic.

Translating that form into wins in the United Kingdom had been an issue in the first half of the season, as the four-year-old finished third in the G1 Coral-Eclipse and second in the G1 King George and Queen Elizabeth Stakes. However, we saw his very best form on turf at York in August, as he won the g1 Juddmonte International Stakes by six lengths from Alenquer.

A horse that will be included on all multiple selections at the Breeders’ Cup on Saturday, 6th November is likely to be Jackie’s Warrior. The three-year-old has looked unstoppable so far this season. His only blip came when he was second in the Woody Stephens Stakes, but he quickly bounced back from that with three straight impressive victories.

Victory in the G2 Amsterdam Stakes was quickly backed up with a win against Life Is Good in the G1 H. Allen Jerkens Memorial, before he was impressive once again when claiming victory in a very one-sided G2 Gallant Bob Stakes.

Arguments could be made that he hasn’t yet come up against a proper sprinting test, but on the evidence that we have seen to this point, he looks more than ready for an increased challenge.

Todd Pletcher is likely to get a winner at the Breeders’ Cup, and she will likely come in the form of Malathaat. The star three-year-old filly this season has won six from seven starts, with her only setback coming when second in the Coaching Club American Oaks in late July. However, that short-field race was never going to give an accurate perspective of her talent, and she was caught off guard.

She returned to the track with a very impressive display, winning the G1 Alabama Stakes, which was her third Grade 1 success following the Kentucky Oaks and Central Bank Ashland Stakes earlier in the season. Malathaat could yet head to a different race at Del Mar, but regardless of where she goes, she will have an outstanding chance.