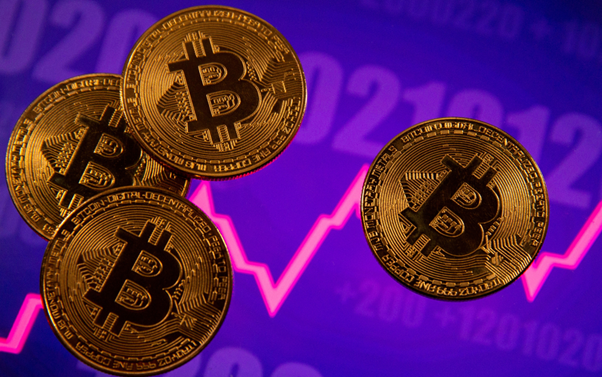 According to newly released data, bitcoin (BTC) has seen a losing run of seven consecutive weeks for the first time in the history of the cryptocurrency, making this the longest losing trend in the history of the cryptocurrency. Midway through March, the bitcoin price touched $47,000, which is a level that has not been witnessed since the all-time high of $69,000 in November. If the current market conditions continue, the asset price might drop to as low as $20,000 each week.

Bitcoin has been trading like a high-risk technology stock for several months due to its significant connection with worldwide markets. As measured by market capitalization, Bitcoin, the most valuable cryptocurrency, has been promoted for a significant amount of time as an inflation hedge or an investment designed to protect against a decline in the purchasing power of currencies or other assets. Meanwhile, some authorities assert that investors sell bitcoin faster whenever its value increases.

Recently, a market analyst stated, "We believe that the current pattern of increasing sales of cryptocurrencies will continue in the foreseeable future. In addition, the grim forecast for US monetary policy is an additional drag since there is still no evidence of a rate hike in sight, which is a drag in and of itself." He says, "Despite our best efforts, it does not seem that the bears will give up their grip on the area shortly. In our opinion, a change in sentiment is unlikely to take place until the highs of 2018—above $19,600—are reached." Last week, the stablecoin tether (USDT) suddenly lost its peg to the value of the United States dollar, which caused the price of bitcoin to drop to a low of $24,000. Investor confidence was already at an all-time low before the collapse of Terra's LUNA and its stablecoin terraUSD; nonetheless, these events further eroded it (UST).

To tighten monetary policy after the injection of $2 trillion in stimulus spending for the last few years, the Federal Reserve in the United States boosted interest rates earlier this month by the biggest amount since 2000. Some analysts issued a warning about the potential for a recession in research that was released in April. The report said that the Fed's aggressive attempts to manage inflation might lead to a decline. Based on their forecasts and projections, the investment bank estimated an approximately 35 percent likelihood of an economic recession occurring over the next two years. Furthermore, a former chief executive officer from the same industry said once again over the weekend that the economy of the United States was "very, very high risk." Assuming the present relationship continues, a decline in US markets might be transmitted to bitcoin and cause major selloffs over the next several weeks. The risks associated with a selloff may already start to become apparent.

According to sources, the market discount for GBTC, the largest bitcoin fund globally, grew to an all-time low of 30.79 percent last week. This was the lowest it had ever been. The discount is likely a negative indicator, suggesting that traders' interest in bitcoin has decreased. The discount would show this. GBTC is one of the few choices available to traders in the United States. They want to get exposure to the price movements of bitcoin but don't want to acquire the cryptocurrency itself. Since November 2021, the whole crypto market has lost more than $1.5 trillion and approximately $500 billion in May. Last week, the data on the price of cryptocurrencies obtained from the most trusted sources indicated that Bitcoin has fallen below the crucial support level of $30,000.

Nonetheless, there are always good times that lie ahead. This month's historic market fall didn't derail the price of Bitcoin, which is now trading at just over $30,000, exhibiting indications of the world's oldest cryptocurrency rebounding. The BTC price rose after falling for the seventh week – the longest losing sequence since 2011. In the wake of the current crypto crisis, the collapse of Terra (LUNA) has been primarily blamed, in part, on the de-pegging of the TerraUSD (UST) stablecoin.