Bradford - Most Connected in Yorkshire 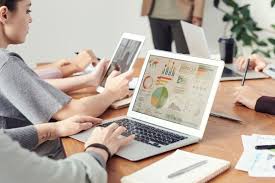 Bradford has the smallest digital divide in Yorkshire and the Humber, a study finds.

Only less than 10per cent of Bradford's residents are not using the internet, making it the most connected in Yorkshire and the Humber, a study finds. The same study reveals that East Riding of Yorkshire has the largest digital divide in the region with 14.8per cent of residents living offline in 2019.

Through local government efforts, the digital divide in Yorkshire and the Humber is closing but is slower than expected. In 2014, the target for the whole region was to reduce the number of people offline by 25per cent every two years with the ultimate goal of providing 100% broadband coverage by the end of 2020. Unfortunately, the target was missed between 2017 and 2019.

To date, there are still an estimated 441,000 people in Yorkshire who have not accessed the internet in the past three months, which represents 10.1per cent of the population.

Meanwhile, the South West of England has managed to close the digital divide by an impressive 28per cent. Non-internet users were down from 477,000 in 2017 to an estimated 342,000 people in 2019. This means that only 7.6per cent of the region's population over the age of 16 does not use the internet.