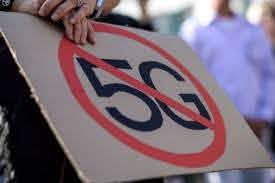 A planning inspector has rejected an appeal to install 5G mast in Bradford because it would "cause permanent damage to the building".

A Government planning inspector has rejected an appeal to install 5G masts on a listed Bradford mill. The appeal, which was submitted on behalf of Telefonica (O2), was rejected because "it would cause permanent damage" to the building.

Telefonica has submitted an application to install 5G masts inside the two towers on the mill to replace the 22 metre tall masts fixed to the outside of the tower. Council heritage officers did not approve the plan explaining that the spinning mill, which is currently occupied by apartments and a banqueting hall, will lose its "architectural elegance".

Inspector F Cullen said: "The size, scale and architectural grandeur of the building, particularly the staircase towers, combined with the topography of the surrounding land, cause it to be a highly prominent landmark structure in short and long range views along Legrams Lane and from neighbouring streets.

“The strong imposing nature and pleasing symmetry of the main block fronting onto Legrams Lane, in conjunction with the architects’ characteristic incorporation of Italianate detail and striking staircase towers, make notable contributions to the building’s historical and aesthetic values and thus its special interest and significance.

“From the information submitted, the fixing of six large poles to carry the antennae onto the ashlar stone of the towers would cause permanent damage to the historic fabric of the building.

“In addition, the highly conspicuous positions of the antennae and their awkward projection out from the face of the stone would detrimentally alter the architectural form, symmetry and historic integrity of the towers. Ultimately, the antennae would appear as highly discordant modern additions on this heritage asset and would adversely diminish its identified special interest and significance.