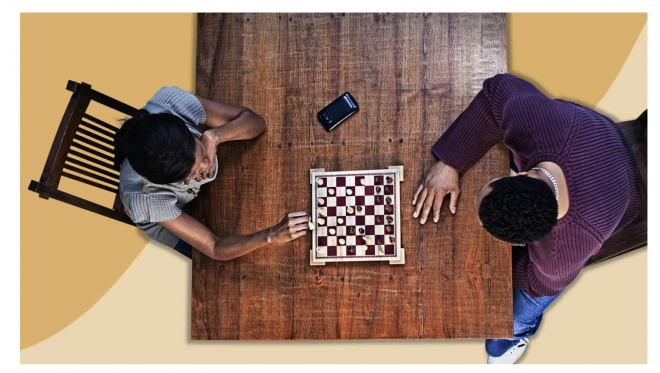 A brain game is an activity that engages and encourages your thinking process such as memory, critical thinking, and problem-solving.

What is the best exercise for your brain? The answer to that is that we know the most about aerobic exercise- that is the exercise that increases your heart rate. We know the most about the positive effects of that. There is a little bit of evidence that strength training can also be positive, but there is not as much evidence here. Likewise, there are also exercises in the form of brain games for boosting your brain power. They are for preventing cognitive decline and dementia. Brain training games claim to improve your memory, attention, and reasoning skills. Some even say they help prevent the onset of memory loss. Puzzles, which are a type of brain game, set off a complex chain of events in your brain. 8 cognitive functions are activated when you build a jigsaw puzzle. They are very interesting that you don’t even realize it when you do them but they are very important for brain training. Now the question arises why do you find puzzles so satisfying? Patrick Fissler who is a researcher in neurology found that puzzles activate up to 8 different cognitive functions of the brain at the same time. It's such a focused task that it can relax your mind. It's similar to meditation, like mindfulness training.

In general, people say that they feel relaxed after playing brain games. And this relaxation is really important for psychological health. Although some grain games look extremely simple, but they set off a complex chain of events in our brains. researchers have shown that playing Aarp games tends to boost our cognitive intelligence greatly. In this article, we will describe what is a brain game. and what games do to your brain.

What is a brain game?

A brain game is an activity that engages and encourages your thinking process such as memory, critical thinking, and problem-solving. Examples include crosswords, scrabble, chess, Sudoku, and bridge brain games. In addition, there are many games to download on your smart electronic devices. Brain training games are the same as going to the gym for exercise.

How Brain Games Can Boost up Your Brain?

Brain games can help to slow down the process of memory loss. mind. Challenge yourself with a brain teasing game and a cognitive test for just two hours a week can help slow it down the degree of mental decline associated with the natural aging process. For example, in the puzzle-solving game, when you look at the puzzle, the first thing which is happening, the information gets into your eyes, goes through to the occipital cortex from there and there are two pathways, so there is one pathway going to the direction which is called as ventral, that’s the lower part. And the other pathway is the dorsal pathway. They are processing different information. For example, the ventral path is processing the image on the puzzling and the given information: what is on the puzzle piece. And then you put this piece of the puzzle in the right, left, or any corner of the board. And so you remember where you put it and where you saw it. So that’s where information is going in a dorsal way. And those information's what and where is then integrated by the brain and then use again and again. And this is a difficult task for the brain to integrate again all this information. And you also need this integration to find the right piece again.

Cognitively challenging activities like puzzles are also associated with long-term mental health benefits such as a lower risk of Alzheimer’s and Dementia. There are many other brain-teasing games with which you can target all brain functions. And in general, we find it is important to play such brain-boosting games. Almost a dozen studies have been done on brain training and its outcome showed that 2800 adults who were followed for nearly 10 years reduced their risk of dementia by 29 percent.

So, if you think about training your brain, it's important to have like, these variations in tasks. And then puzzling is just one task next to the other tasks. It might be probably better than watching television, because watching television is very inactive, like dancing and doing card games. Brain games are the accumulation of all these activities. Furthermore, Lumosity games are also becoming are very among people for their huge positive impact on the brain.