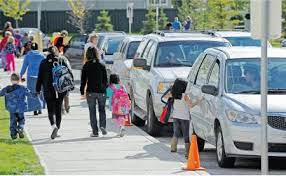 Brent Council has confirmed plans to install more CCTV cameras outside schools to deter parents from driving near them during drop-off and pick-up times. The proposal, which could soon be part of the council's "school streets" strategy, is hoped to reduce pollution outside schools.

Under the proposals, CCTVs will be installed near up to 24 schools in Brent depending on the funds available to the council. Measures are currently in place at Harlesden and Wykeham primary schools, where drivers entering the restricted zones at certain times in the morning and afternoon are subject to fines.

Some people who will be exempted from the school streets restriction include those living within the zones, carers, licensed taxis and delivery drivers.