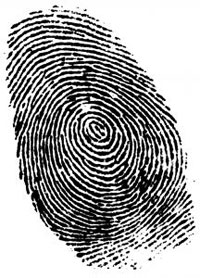 The Foreign Office recently came out with statistics that shows shocking and dangerous behavior..

The Foreign Office recently came out with statistics that shows shocking and dangerous behavior from British tourists when they are abroad.

The study showed that more than 6,000 Brits were jailed abroad last year, and that the number of reported rapes that involved Brits increased by 10 per cent to 127 cases. Furthermore, the number of Brits who died abroad also increased by 4 per cent. The study also showed that the highest number of hospitalizations involving Brits occurred in Spain, while Greece follows closely behind. These statistics mean that up to ten Britons a day end up in a hospital abroad.

The Office also found evidence that many of the crimes linked to British tourists were fueled by alcohol, especially when the crimes occur in popular holiday destinations like mainland Spain, the Canary Islands, Majorca and Ibiza in the Balearics, Malta, and Cyprus.

In fact, a total of 3,739 UK tourists found themselves in foreign casualty departments. A large proportion of this number was arrested after they consumed heavy amounts of alcohol in places that are known as ‘sun, sea, and sex’ hotspots.

Some of the 6,000 Brits who were thrown in jail abroad were also linked to drugs such as ecstasy and cocaine.

In light of these reports, Consular Affairs Minister Jeremy Browne released an earnest statement addressed to all Brits: “It is important that people understand that taking risks abroad can land them on the wrong side of the law. While we will work hard to try and ensure the safety of British nationals abroad, we cannot interfere in another country’s legal system.” He also said that the Foreign and Commonwealth Office of Britain ‘cannot get (Brits) out of jail’.