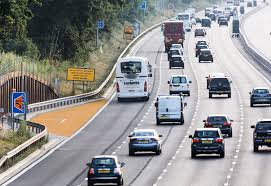 The Government’s decision to shorten the MOT test exemption by almost two months is already leading to a surge in demand for new tests. With many drivers not having their vehicles checked for many months, it’s expected that this surge will increase over the coming months, leading to large numbers of test centres being unable to cope with the extra demand. As motorists continue to come to terms with their new MOT responsibilities, the chase for ever fewer test slots will mean that some drivers miss their expiry dates, leading to fines and other penalties.

Since the UK Government announced that the MOT exemption due to the Covid 19 pandemic was to be brought forward to August 1, drivers of vehicles subject to MOT tests have been looking at their new expiry dates and deciding it’s time to book a test. This is perfectly understandable, and the responsible thing to do, especially when vehicles haven’t been checked for several months due to the exemption.

Since the announcement of the new cut off date, test centres are showing a much bigger demand for their services than usual for the time of year. This is increasing week on week, with slots filling up for September, October and November already. This situation is unprecedented for August, but the demand for tests is showing no sign of easing off. This is because the exemption was so popular that the vast majority of drivers offered it, took it.

Now, those same drivers are faced with a new test date which is six months after their original expiry, and not one day longer. These are the owners who are now rushing to try to get their vehicles booked in for an MOT; and there are an awful lot of them.

The problem is also likely to get even worse because of many drivers’ normal attitude to booking their MOT test. Basically, this is one of leaving the job until the last minute, rather like going to the dentist. As finding and booking an MOT is easier today than ever before, perhaps test centres are a victim of their own success; it’s normal for drivers to find a centre near them which is open 7 days a week, for instance.

Unfortunately, even those test centres are now struggling to cope with demand in some parts of the UK. With test slots being booked for December already, this is a period of at least three months where it could be impossible to find a test slot near you. During that time, your expiry date might have come and gone.

Driving a vehicle without a valid MOT means an instant £1,000 fine, at best. Check your status now with the online checker, and book in for a test as soon as possible to find your nearest centre and / or best date, with the online booking form. Don’t delay, do it now.