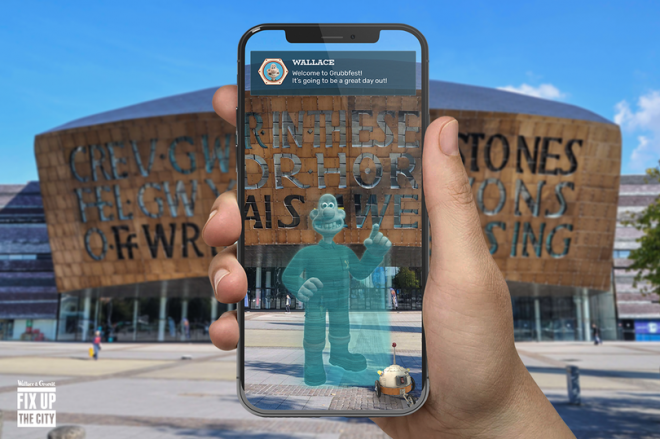 Fix Up the City, a Wallace & Gromit Pokemon-style trail, has been launched in Cardiff. The event gave visitors the opportunity to take part in a game that aims to explore everything that the city has to offer.

Fix Up the City, which was also launched in Bristol and San Francisco, takes approximately an hour to complete and involves engaging, fun and large-scale augmented reality experiences. Using their phones, participants are able to interact with Wallace's famous rocket, watch Gromit take off in his iconic plane and battle a colossal cleaning robot.

The Fix Up the City app is now free to download on both iOS and Android smartphones. It will become available to use in the Welsh City after successfully detecting a user's location in Cardiff Bay.