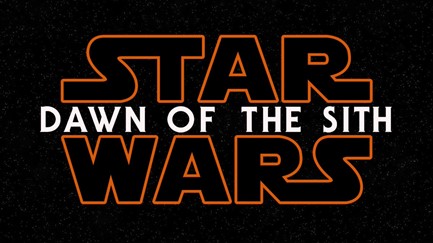 It is time to put on your Jedi cloak, strap your lightsaber to your belt or put on your Stormtrooper helmet and pick up your blaster as the best party game has arrived. The deviant card game creators of Cards Against Humanity have looked into the Dark Side and come up with Cards Against Star Wars. The hilariously obscene card game has plunged into the world of George Lucas where classic characters come face to face with very inappropriate humor.

A long time ago, in a galaxy far far away...there began game nights with all manner of amusing card games but the best has finally landed!

For all the generations of fans who have grown up with this epic saga, now you can explore the darker reaches of what was really going on with Star Wars Cards Against Humanity. Haven't you always wondered what really happens on the Death Star after they knock off work? How did they keep each other warm on the ice planet of Hoth? How much sand gets into their underwear on Tatooine? What was really going on between Luke, Leia and Han Solo? Why was C-3PO so popular with the Ewoks? And why did Princess Padme keep Jar Jar Binks so close?

All these important questions may or may not be answered in this ultimate party game - it is up to you (depending on how much of a warped imagination you have when answering the questions?!). 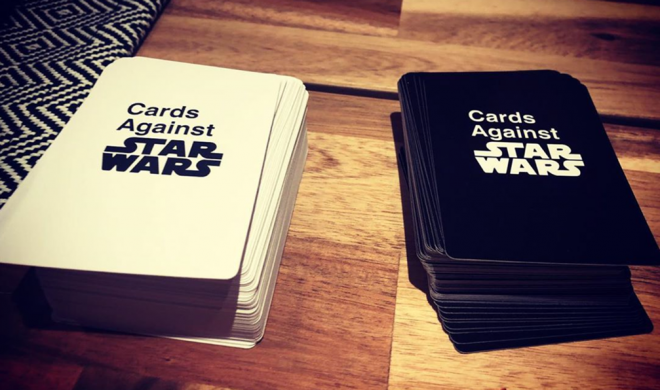 I've got a bad feeling...about some of these jokes!

As you may be wondering by now, this is not a kids card game. Though this party game has everybody's favorite Star Wars characters, they are not shown in their best light here. And some of the words, printed on these cards, they would never understand anyway (!) There is an age restriction printed on the side of the box for a reason - strictly for 17 year olds and above.

Luke, use the Force....and win the game!

I'm sure most of you out there know how to play this (in)famous party game. But, just in case one or two of you don't, here's a quick recap. It takes a minimum of four players to begin the card game though over 20 can play as well (by the time your friends hear you have a set of Cards Against Star Wars they will all want to play). The card game is divided into question and answer cards and the best/worst/funniest answer wins the round. Each game takes between 30 - 80 minutes to complete - depending on how lewd, crude or rude the answers are (!)

And do not get this confused with some of the digital versions that are out there, this is a real physical box set party game. This is the reason why it retails at a higher price than those other editions.

So what are you waiting for? Get online and order yourself the hottest party game in the galaxy - Cards Against Star Wars.