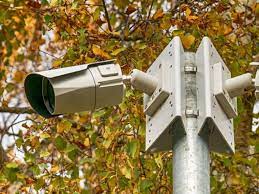 CCTV will be installed at Hucknall's Titchfield Park, Ashfield District Council has confirmed.

Ashfield District Council has confirmed that CCTV will be installed at Titchfield Park in Hucknall as a response to the rising cases of anti-social behaviour and crime in the area. These include arson attacks on the historic boathouse, plants being destroyed and most recently, a case involving a teenager who was allegedly "throttled" while other members of a gang filmed the act.

Hucknall councillor Lee Waters, who has been campaigning for the project, said: “I’d like to thank all the residents who got in touch with me asking us to improve safety for all park users.

"I have expressed concern both to the council’s community protection team and the local police about the recent rise in complaints of crime and safety on our park.

"So much so, that we will be delivering two fixed cameras – on columns – which will relay footage back to Nottinghamshire Police’s control rooms.

"These will be a valuable tool in the fight against crime and the obvious fear of crime.”

Hucknall’s Coun John Wilmott said: “I’ve used Titchfield Park since I was young lad, which is more years that I care to remember.

“I can honestly say it’s looking the best for generations – it’s the jewel in Hucknall’s crown.

"We are all so proud of it and the play and tourist destination that it has become.

"It’s critical that it’s a safe place to visit and that residents feel safe.