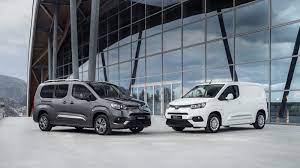 Cheltenham council to use its first two electric vehicles on the road as part of its goal to becoming a net zero borough by 2030.

Cheltenham local council is set to use its first two electric vehicles as a part of a larger goal of becoming a net zero borough by 2030.

The two vehicles, which will be hitting the road this week, will be used by the grounds maintenance team and facilities cleaning team. The vehicles are both Toyota Proace City and will not generate any C02 emissions.

The council, along with its partner Ubico, is deeply committed to reducing its C02 emission. Since early this year, when different technology was introduced for the heavy goods vehicles to be driver in the most efficient ways, the teams have successfully reduced C02 emissions by 9.455 tonnes.

Councillor Iain Dobie, member for waste, recycling and street services said: “I am really proud of our Ubico drivers and their support in reducing carbon emissions by this much in such a short space of time. I hope residents and businesses in Cheltenham will follow our example and think about alternative fuels for their vehicles to reduce carbon emissions too.”