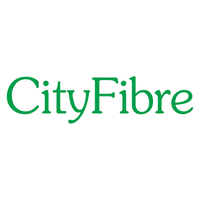 CityFibre submits application to convert an undeveloped pieced of land in Lowestoft into a potential ultra-fast broadband hub.

CityFibre is set to convert a piece of land in Lowestoff into its ultra-fast broadband hub. The firm, which has recently partnered with Vodafone to bring ultra-fast full fibre broadband to one million UK homes and businesses by 2021, aims to expand its network to incorporate 10 towns across Suffolk, including Lowestoft.

The proposal is set to be heard at a meeting of the council’s planning committee on 8 October.

The planning report states: "Planning permission is sought to change the use of a parcel of land along Barnards Way, Lowestoft, to a data centre to be used in connection with the roll-out of high-speed internet across Lowestoft."

"It is stated that the scheme would deliver enhancements to Internet connectivity speed and forms an essential piece of modern infrastructure."

"The proposal would help in the roll-out of improved Internet speeds to both the town and Suffolk.

"Therefore, on balance, it is considered that the greater economic improvement outweighs the marginal environmental impact arising, and the application is recommended for approval subject to the receipt of acceptable additional information."