Clash of Clans by LDPlayer to win – Tricks to Play 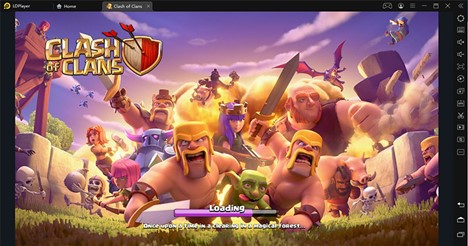 Have you ever wondered if a game like Clash of Clans to play on a PC?

You might have never got a chance at that. Building such tiny minor characters in a minimum facility with a mobile must be hard. Why more worries. You are now free to play Clash of Clans by using the world's best emulator for android, known as LDPlayer. Rather than stuck on a tiny little screen, come and get the chance to download Clash of Clans on PC with your best fantastic gaming experiences.

LDPlayer is the best gaming emulator in the current world, and it lets our precious gamers build clans with the clash of clans within the shortest and most accessible ways with a super performance. So you will never look into another option for gaming and use the superpowers of maximizing the gaming experience with LDPlayer.

Clash of Clans is more like a combination of strategies and multi-playing. It is a long and compelling game, and players will have to spend two years to get to the top. So many gamers are looking for the easiest way to these rank-ups, and some of them are even spending money up to one million dollars. But there don’t have to do such a thing. Your main tip is to catch up on the game's primary foundations to have a quick win over.

We called them Tricks. So here are the best tricks for you to have a quick win over from Clash of Clans.

To make successful progress through your game, you have to save all your gems for a dedicated rainy day. Don't ever try to spend these all gems in a tutorial, and that is the primary strategy that the company of this game, Supercell, encourages players to do.

When you have more gems with your hands, it helps you have a speedy upgrade in Clash of Clans. When you use them in the very last hours of your upgrade, they will boost up the mines and all the collectors. So generally, you are going to have an output that has two times increased. You can also boost your training troops. Or you can buy a new shield that is protecting you from the village for a specific time.

You can harvest these all gems from rocks, trees, etc. It will only cost you a tiny amount of elixir. Although most of the players are tend to spend more gems on building their villages quickly, we recommend that saving gems is the most successful method this game comes through. 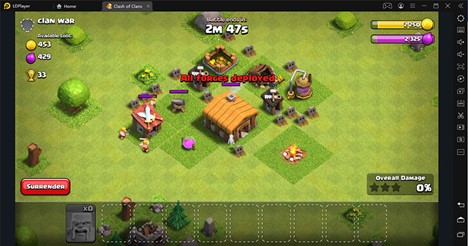 Producing the best layout for the village

Clash of Cans very important theory for gamers is to have the best village layout. Some trophies come through village attacks and defense, and this layout will be super advantageous for you in such trophy earning. The reason is trophies are playing a significant role in ranking the players.

You have to make your first choices from your lowest levels of the game. There will be only a few walls to use in defend buildings. When your game progresses through levels, your village will become huger, so there will be a lot of choices to make.

Some of the Clash of Clans players are deciding to play on storages. And those all storages are containing elixir, gold, and also the dark elixir. These all elixir and gold are situated in the base center and give protection with an outside town hall.

The main intention of this is to suggest attackers are destroying this town hall and leaving with no sources of plundering. But some other players are generally choosing to protect this Townhall because it helps to save all trophies, and it would be a great trick to use in situations where no upgrades are remaining. 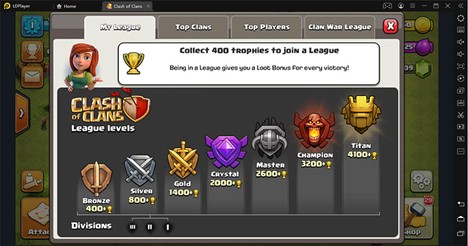 There will be so many base designs available online to see by yourself, and it will not be hard to build one from it. You have to decide what things you want to protect, and most important is to choose between trophies and the resources.

You don't have to raid other villages. You can gain amass resources by collecting these villages. You will see dark elixir drills, elixir pumps, and gold mines available in the game, and those all can produce considerable resources based on their levels.

When you are at a lower level, you have to know that pumps can only produce a small number of resources within an hour. It will only produce around 250, and an upgraded pump can produce up to 3500 resources. When it is the shielded period, it can last up to 15 hours and lead you to earn more free resources.

You should remember to upgrade the storage. It is very important for storage, and by doing so can earn many resources, and it can be used for many upgrades available for troops and defense.

Join with a clan

A clan can share troops, and it usually has up to 50 players within it. These all members can share their resources and go to war and chat with each other in the game. You are free to create your clan and customize it as you want. Customizations can be made out for deciding with whom you want to join, how you go to war, etc., and after creating, you can go along with other players.

If you are in a clan, it results in many benefits for your gameplay. Suppose you are going to war, and you are winning. When you have rewards with loot, your all clan mates can fill up your clan castle with all troops, and they began to attack for anyone that attacks your base. So it makes a big community over your gameplay.

There are rewards for the most willing clan wars, and the highest is around 670 euros with gold and elixir.

Clash of Clans through LDPlayer for a definite win

If you are engaging with wars and certain kinds of battles with Clash of Clans, it will not be easier for you to play it on a PC. Because it has no control movements with tiny screen touch and a mouse and a keyboard for you to have maximum engagement. So what if you have your favorite key moments for game controls. That is why LDPlayer gives our players dedicated key movements. 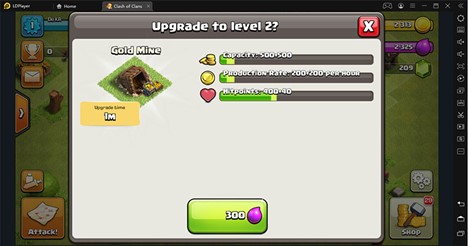 You can make your favorite and easiest key movements with LDPlayers, and now you are free to enjoy the excellent features with key mapping. You can set your most wanted key movements for your controls and enjoy Clash of Clans' best movements with a lot of advanced and exciting game pay.

Clash of Clans is the biggest game on the App Store, and it generally has an increasing game crowd within it because of its unique features. It is something that makes players addicted to the game due to their game combinations. So what if you have the easiest way to play this game on your PC. Just download LDPlayer and enjoy the incredible gaming experience with it for Clash of Clans and be a pro in every war you get.