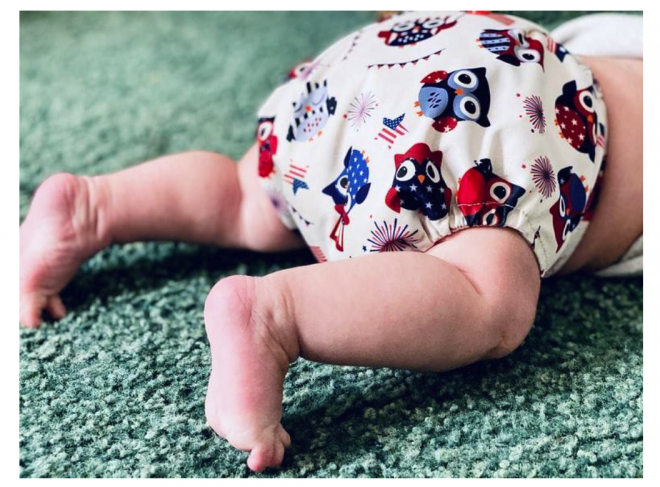 Whether you’re a new parent or a vet at child care just doing a bit of brush-up research, it pays to know the ins and outs of diaper differences.

First-time parents or about-to-be first-time parents often do various categories and corners. With constantly evolving technology, best practices in parenting are shifting consistently. Even the process and development behind diapers is an ever-evolving science. Differences between cloth diapers and disposable diapers may not be where you think they are.

Whether you’re a new parent or a vet at child care just doing a bit of brush-up research, it pays to know the ins and outs of diaper differences.

That’s why it’s important to research to make informed decisions on diapers.

Cloth diapers will simply never be able to match the absorbance rate or wicking power of disposable diapers. This is simply because of the materials involved, and how they react to moisture. This is an extremely important note to consider when choosing between cloth diapers and disposable diapers because less absorbent material and weaker wicking power result in a higher chance of diaper rash.

This will be specifically important to parents who have children with susceptible skin.

Another critical difference between cloth and disposable diapers is their life cycle. While disposable diapers are a one-and-done situation, as implied by their name, cloth diapers offer reusability. Again, this is something to consider for parents who are potentially looking to save money on the diaper budget.

This route comes with a couple of caveats, however. For example, the savings here are only realized if the diapers get a certain use volume. Additionally, when considering the cost of laundering cloth diapers, these savings can evaporate and turn into a more expensive avenue.

Finally, the best way to maximize the life cycle of cloth-diapers is to reuse them between children, which many parents are reluctant to consider.

As mentioned above, the utility cost of laundering cloth diapers is something that has to be taken into consideration when labeling them as a ‘greener’ or ‘more eco friendly’ option than disposable diapers. This is especially the case because cloth diapers are washed in high-heat and tumble-dried in most instances.

This adds to the carbon-footprint and how the diaper impacts the environment. However, credit where credit is due, if a household were to dry cloth diapers on a clothes-line outside, and wash the diapers in cold-water, then they would indeed be a much more sustainable option than disposable diapers themselves.

This presents at least two problems. The first and most obvious is that washing cloth diapers in cold water may not suffice. The second is serious time commitment. Air-drying on a clothesline is far inefficient in terms of hours.

On the contrary, with updates to disposable diaper technology and manufacturing standards, disposable diapers are seeing a reduced carbon footprint year over year. This is partially due to the updates in the manufacturing standards. As businesses have been working to find more sustainable solutions in nearly every industry, it becomes a competitive advantage to operate as cleanly as possible. Updates in the science and technology behind diaper production also play into this, making it easier for companies to successfully meet sustainability standards and even push the envelope in that direction.

Not only that, but several exciting innovations are happening across the globe in disposable diaper recycling.

The Future of Disposable Diapers

One of the most exciting innovations in diapers is the idea that landfills will one day be entirely and diaper-free. This may seem like an episode from a futuristic sci-fi series, but it’s a reality that could be much closer than many of us realize. There are already programs across the globe addressing this very concern. For example, there is already a program in Italy capable of post-consumer diaper recycling. There are other smaller programs, both internationally and domestically, attempting to create avenues for energy recovery, such as incarceration.

It may come as a surprise, but the science is there. In most modern-day households, it’s more eco-friendly to use reliable, sustainable, disposable diaper brands than to launder cloth diapers continuously.

Parents most often want what’s best for their children. This manifests itself in a wide variety of ways. Doing research and understanding the pros and cons and the science behind some of the most common parenting trends is typically an excellent place to start. Gather the facts, consider the sources, and then make informed decisions that will best suit your family. You’ll all be better off for it at the end of the day!