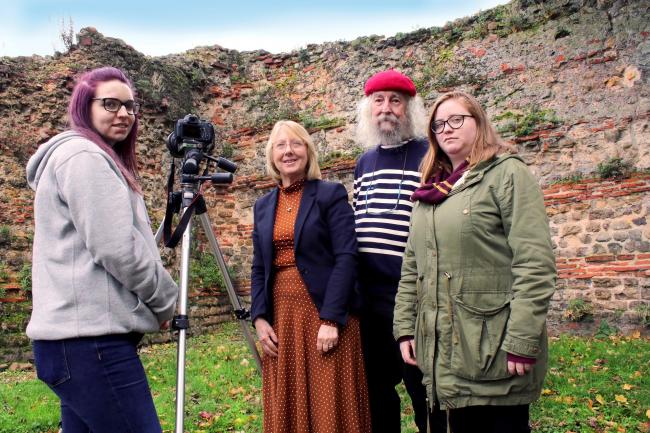 3D technology used to create a high-resolution digital record of the Balkerne Gate and adjacent sections of the Roman wall.

Cutting-edge 3D technology has been used to photograph and record part of Colchester's famous Roman wall for the first time. The scheme, which was a collaboration between Colchester Council, Colchester Archaeological Trust, BA Photography students from University Centre Colchester at Colchester Institute and archaeological imaging consultant Prof Dominic Powlesland, is part of the project launched to protect and properly maintain the wall.

Prof Powlesland said: “Colchester’s Balkerne Gate is the best-preserved Roman Gateway in Britain and to be able to generate an accurate 3D model using cutting edge technology to understand more about it, is incredible.”

“Working with students to understand more about their heritage and equipping them with new skills is something to celebrate.”

Colchester Archaeological Trust’s Philip Crummy added: “Colchester’s Balkerne Gate is an iconic reminder of Colchester’s rich heritage. “Nearly all the remains of Colchester’s Roman past lie hidden away beneath our feet, so it is hard to visualise what the Roman town would have looked like.

“However, the Balkerne Gate with its well-preserved sections of wall to either side is a precious example of the town’s Roman heritage that can be enjoyed at any time by everyone.”

“Inevitably the gate and wall are gradually decaying as time passes.

“Degradation can’t be avoided since it is an inevitable consequence of permanent exposure to the British weather which is why projects like this are so important.

“They map and record key elements of Colchester’s past such as the Balkerne Gate for future generations.”