Compare schools: Melbourne or Sydney, which is better? 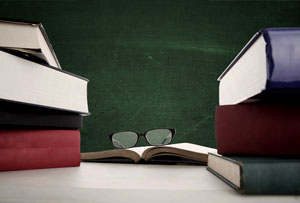 To decide where and in which school to study is such a decision when you need to be very careful.

Because once you are enrolled in any institution, it is a great hazard to shift to another city or school. Though Australia is one of the leaders of higher education around the world and it is a wise decision to study in there, you have to choose the city and school to get admitted into.

Studying in one of the two major cities of Australia can be proved to be one of the best decisions in your life. In this article, we will try to provide you with some information that will help your decision making easier.

Why Study in Australia?

Studying in Australia is a better choice. This is because Australia is a few steps away to take over the place of the second most popular study destination in the world right after the US. Among the top 100 universities in the world, six is Australian, including the University of Melbourne, University of Sydney, Monash University, etc. They have one of the world's best higher education systems.

When you are getting yourself or your kids into Australian schools, you are doing more than just educating yourself. They prepare their students for life. An extensive curriculum in the main learning areas is offered by most of the schools over there. In Australia, the students enjoy a diverse learning atmosphere, which is both educational and personally enriching. They develop the qualities and skills in themselves needed to change the world.

Why Choosing the City Is Important?

Even after you have made up your mind to study in Australia, there are yet more decisions to take. Yes, you have to make a decision in which city you want to study. Other than the number of schools or the quality of the services they provide, there are more factors that will derive the decision where to study. Such as the weather, tuition cost, and other relevant costs, neighborhood, safety has to be in your favor to stay and study in a city.

So, before just jumping into any institution in any city you have to do a little homework on which city or school is the most suitable for you. You need to gather information about the schools and cities and then apply for it.

The answer to the question of which is better between Melbourne and Sydney to live in or study is very subjective. Such as, one may put quality over the price, while for another budget is the biggest factor. Or someone for whom coping up with any weather is difficult will look for suitable weather for him/her. Thus, we will lay bare some facts about both cities so that you can decide easily that which city is better for you.

Weather– Most people find Sydney's weather comparatively better than that of Melbourne. It seems to be less rainy, less windy, and more often sunnier. But yet, it's a matter of choice, as we said. If you are okay with really cold weather, you are most welcome in Melbourne. But if you want a milder winter, then Sydney is the better choice. It is also said that there are more wet days in Melbourne, although Sydney has got almost twice as much rain as Melbourne.

Cost – Living expenses is not the only way to measure how much worth a city is but for some people cost can be the biggest factor. Though dining, fast food etc. will cost you almost the same in both cities; you will have to count more dollars on accommodation, groceries, and alcohol in Sydney. Thus, if you consider all of the factors together, living in Melbourne will help you save some extra dollars over the year. But Sydney is said to provide the best quality life in Australia.

Primary and high schools– In both of the cities there are a huge number of schools, including public or government, catholic and independent schools. And the school fees do not vary much between Sydney and Melbourne. In both cities, public schools are free to attend, as it is funded by the government. However, you are encouraged to pay some voluntary school levy per year. Also, you have to pay for uniforms, certain books, and extracurricular activities such as excursions.

The University of Melbourne holds 41st place in the world and the Monash University in Melbourne stands 60th in the whole world. Either of them adds huge value to a student's career and resume. RMIT University, located in downtown Melbourne offers more creative majors.

None of the cities can be looked down upon in terms of education or living. Both are the cities that people long for to be in. The reason for the confusion is that we always want the better one, and it is hard to be satisfied. Everyone's preferences are different. So, without just paying heed to others' word judge by yourself and choose the city more suitable for your education and career. And make search short and simple with Cateight.

Australia's education on Msc in Computer science is of high quality, so students who have completed the computer science master's program can generally obtain a higher level of certification in the industry.

The employment prospects of Australian CS majors are very impressive. Due to the practicalcurriculum, techniques and skills acquired by IT majors can be applied to multiple fields in internet and computer science. IT graduates have a wide range of career options.

In addition, because computer science talents have always been high-tech professionals that are in short supply in Australia. So if you want to immigrate to Australia, it is a very good choice to apply for MSc in computer science. Visit Course Application of CatEight to see how to apply for such a course.