Could Driverless Trains be Arriving at the Platform? 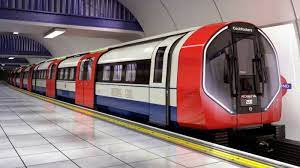 Transport Secretary Grant Shapps has made driverless technology a condition of talks on a bailout for TfL.

Driveless trains could be introduced on the Underground as a part of the resolution to union strike chaos, the transport secretary has warned.

As RMT strikes continue, commuters are facing another day of misery after they were forced to queue for buses and walk in the rain a day prior.

Transport Secretary Grant Shapps plans to take necessary measures to break the power of the militant RMT union. He has made driverless technology a condition of talks on a bailout for Transport for London (TfL), which wants a long-term settlement to shore up finances ravaged by the pandemic. He also wants to reduce the number of TfL bosses on six-figure salaries and demands curbs to the gold-plated pensions of train drivers.

Sadiq Khan, London's Labour Mayor, said: 'Industrial action or no industrial action, there is a strategic case for moving forward on driverless trains,'

'They are already a reality – the London Docklands Light Railway has been automated since its birth 35 years ago – but there is a deep-seated cultural resistance to the concept at TfL.

'It cannot be right that commuters are held to ransom and the economy of London harmed, merely at the whim of union bosses.'