Could Flying Taxis Be Heading To Coventry? 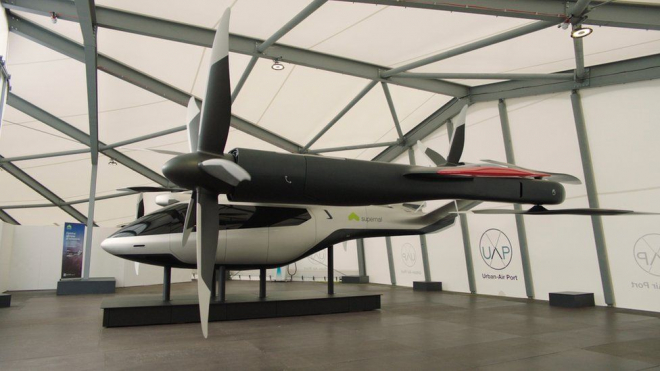 A hub for future vehicles like delivery drones and air taxis has officially opened for public demonstrations.

The Air-One mini-airport site in Coventry is housed on a city council car park in Westminster Road. It is said to be a world first and is equipped to show how advanced air mobility could cut congestion and air pollution as well as support a zero-carbon future.

Ricky Sandhu, founder and executive chairman of Urban-Air Port, said: "The opening of Air-One is a momentous moment, the starting gun for a new age of transport, an age of zero-emission, congestion-free travel between and within cities that will make people healthier, happier and more connected than ever before.

"From design, through to fabrication and now into operation, Urban-Air Port has delivered Air-One in just 15 months, setting the standard for deployment globally and opening up a world of possibilities for rapid response air mobility.

"Air-One is just the first model in our infrastructure fleet and our order-book is not only open but already growing. The interest is turning into recognition of the need for our technology and into demand."

Minister for Aviation Robert Courts MP, said: "British innovation has a rich history of transforming global transportation, from the creation of the railroads in the 1800s, to the growth of great British brands such as Jaguar, Triumph and Rover in the 1950s.

"The opening of Air-One, backed by Government funding, will revolutionise the way people and goods travel across the nation.

"This step forward puts Britain at the vanguard of clean transport, bringing investment and high-skilled, green job opportunities to the nation while levelling up opportunities in the Midlands."