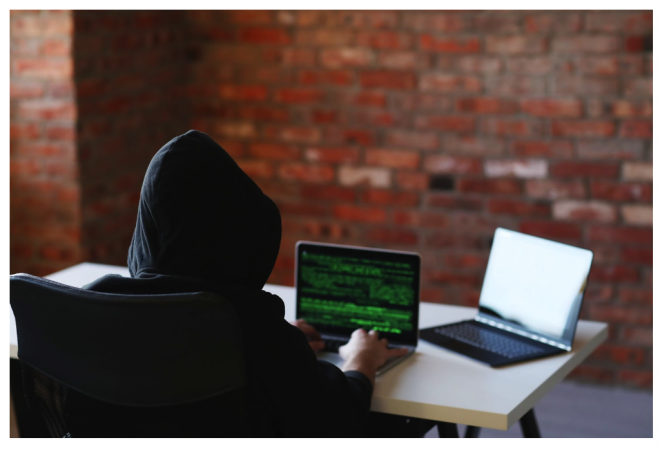 The world of cryptocurrency trading is full of opportunities for scams, but you shouldn't let that hold you back. Here's how to avoid getting scammed.

With the development of the crypto industry, the world has been flooded with more and more innovations, like modern AI crypto trading systems capable of simplifying the trading process, meta-universe, investing in the modern digital art of NFT, and much more. Unfortunately, fraud is progressing at the same rate. Since the industry is still in its infancy, it is easy for scammers to find their way around and commit fraud.

In order to make sure you are not scammed, we have gathered some of the most common crypto scams so that you can be on the lookout. Remember, if something sounds too good to be true, it probably is.

Ponzi schemes are one of the oldest and most common scams in the world, not just in the crypto industry. In a nutshell, a Ponzi scheme is when someone uses new investors' money to pay returns to existing investors. This creates an illusion of profitability and sustainability, drawing more people in until the scheme eventually collapses under its own weight.

One of the most infamous Ponzi schemes in recent years was Bitconnect, which managed to dupe thousands of people out of millions of dollars before it finally imploded.

Pump and dump schemes are a type of fraud that takes place in the stock market but has also been adapted for use in the crypto world. In a pump and dump scheme, a group of individuals (the "pumpers") will coordinate to buy a large amount of a particular asset at once in order to drive up the price ("pumping" the price). They will then sell off their holdings ("dumping" the price) at the new, higher price, leaving the people who bought in at the top with significant losses.

Pump and dump schemes are illegal in the traditional financial world, but they are still unfortunately common in the crypto space. In order to avoid being scammed by a pump and dump scheme, be wary of any sudden, unexplained price surges and do your own research before investing in any asset.

A fake exchange is a fraudulent cryptocurrency exchange that is set up with the sole purpose of stealing users' funds. These exchanges will often have low trading volumes, and sketchy security practices, and may even use fake user reviews to try and lure in victims.

If you're thinking about using a new crypto exchange, be sure to do your due diligence first. Check for red flags such as a lack of customer service, poor website design, and user reviews that seem too good to be true.

An ICO (initial coin offering) is a method of fundraising for new cryptocurrency projects. In an ICO, a project will sell tokens to investors in exchange for funding. However, not all ICOs are legitimate – there have been numerous cases of scammers setting up fake ICOs in order to steal people's money.

To avoid being scammed by a fake ICO, make sure you do your research before investing. Look for red flags such as unrealistic promises, a lack of transparency, and a team that is difficult to find information on.

A cryptocurrency wallet is a software program that stores your private keys and allows you to interact with the blockchain. However, not all wallets are created equal – there have been numerous cases of scammers creating fake wallets in order to steal people's coins.

When choosing a wallet, be sure to do your research and only download wallets from trusted sources. Also, be sure to never store your coins on an exchange – exchanges are hot targets for hackers, and if your coins are stolen you likely won't be able to get them back.

Pyramid schemes are similar to Ponzi schemes in that they rely on new investors to keep the scheme going. However, there is one key difference – in a pyramid scheme, the people running the scheme will actually recruit new investors, promising them returns if they can get more people to sign up.

Pyramid schemes are illegal in many jurisdictions, but that hasn't stopped scammers from trying to run them in the crypto world. Be wary of any opportunity that promises you guaranteed returns for recruiting new members.

To make a long story short, Ponzi schemes, pump and dump schemes, fake exchanges, fake ICOs, fake wallets, and pyramid schemes are all scams that have been adapted for use in the cryptocurrency world. While some of these scams are more common than others, they all have the potential to steal your money.