Cut out the compensation culture for cheaper car insurance 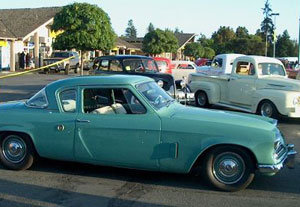 The Legal Aid Sentencing and Punishment of Offenders Act (LAPSO) comes into force on April 1, 2013 and will put an end to the referral fees

In exactly a month's time new legislation is due to take effect that will not only dramatically change the way in which personal injury claims are handled, but also how costs are recovered - bad news for no win, no fee claims management firms, but good news for motorists, who should benefit from cheaper car insurance premiums.

The Legal Aid Sentencing and Punishment of Offenders Act (LAPSO) comes into force on April 1, 2013 and will put an end to the referral fees and further charges that have seen everyone from claims management companies to breakdown recovery firms profit at the expense of honest motorists.

And in a move that will add further weight to the legislation, justice secretary Chris Grayling has announced that solicitors' fees on road traffic accident (RTA) claims of up to £10,000 will be capped at £500, down from £1,200.

The new legislation will also put an end to the 'no win, no fee' compensation culture as claims management companies will no longer be allowed to recover costs from the defendant but will instead have to take it from the damages awarded to their client, up to a maximum of 25% of the total compensation recovered.

This has massive implications for the industry and should discourage spurious claims as clients will be charged no matter what the outcome of the case.

Under the current system, claims management companies are paid referral fees by solicitors for passing on any personal injury claims, regardless of whether or not they are likely to succeed.

This has meant that not only have personal injury claims not been properly vetted, but anyone involved in an accident has been actively encouraged to make a claim by these so-called 'ambulance chasers'.

It is hoped that this will reduce the number or personal injury claims made each year and save the industry millions - which should then be passed onto motorists in the form of cheaper premiums.

Clamping down on additional charges

The news that Chris Grayling has decided to put a cap on RTA fixed fee costs will come as a bitter blow to solicitors who argue that anyone who has been injured as a result of a third party's negligence will find it more difficult to successfully claim compensation.

However, the proposals aim to cut the costs incurred by the insurance industry by making sure that the fees charged by solicitors will more fully reflect the work and costs involved.

Chris Grayling said: "'These changes, along with our wider reforms, are intended to bring more balance to the system, make lawyers' costs proportionate and in turn create an environment where insurers can pass on savings to their customers through lower premiums."

And this is a sentiment that has been echoed by James Dalton, head of motor and liability at the Association of British Insurers, who said: "This is very good news for customers who will benefit through lower car insurance premiums as unnecessary legal costs are removed from the system. The government is to be congratulated for grasping the nettle on this issue and resisting the scare-mongering claims of ambulance-chasing lawyers."

Please note: Any rates or deals mentioned in this article were available at the time of writing. Click on a highlighted product and apply direct.