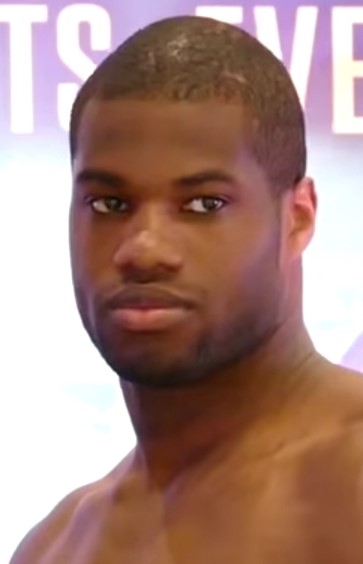 The future heavyweight boxer is born to make his place in the boxing arena.

Daniel Dubois, known for his boxing skills is making a buzz on the internet. His match with Nathan Gorman made a massive impact in his career that brought him a lot of fortune.

Born in England, Daniel Dubois is a professional boxer aged only 21 years old. He participated in the heavyweight division and won the British heavyweight title. This was his major title in June 2018. This is quite impressive for his age. His punching power holds a 91.7% knockout-to-win ratio. The young athlete won five times national junior title and British amateur champion. Plus, the WBC Youth, BBBofC Southern Area, WBO Global, English, WBO European are part of his achievements. On April 2017, he won his first fight as a professional in the first 35 seconds against Marcus Kelly. Surely, we all know that boxing is a sport. Speaking of sports, the slot games at Give Back Bingo gives us an overview of how competitive and challenging sports are. Just like the match of Daniel against Nathan Gorman.

Recently, July 2019, Daniel confronted Nathan Gorman and knocked him out in the fifth round at the O2 Arena on Saturday night. Gorman was down for the second time. Daniel dominated the match with a nasty double-jab ending. The young fighter made the most impressive fight. The champion of the match said: "Every fight is a learning fight, there is a lot to improve on. It's great to win the British title. I wanted to control the fight behind my jab and then land the right hand,"

He elevated his record to 12 victories and won the British heavyweight title. His age was never a problem for him. He is confident in what he does. He said: “I was very confident in my power, “I felt him fading. I just need to keep working and every fight is a learning fight for me. “There’s definitely still a lot to work on, but I was pleased tonight. That’s up to Frank Warren and my team (who he fights next). Everyone sitting down at the table and figuring out the next step. “Boxing journalist Steve Bunce said: ‘’He fought like an old, seasoned bruiser, his feet flawless, his jab a stiff weapon inherited from relics of the ring” Another journalist described him as "...one of the brightest prospects in the sport at the moment’’.

He can challenge the best boxers, but he needs more training. With Tyson Fury, Anthony Joshua and Dillian Whyte, he almost a year to beat the trio. Daniel said: "Every fight is a learning fight, there is a lot to improve on. It's great to win the British title. I wanted to control the fight behind my jab and then land the right hand," he said. " There's still a lot to work on, and I'm grateful for everything. Who I fight next is up to my team, promoter Frank Warren, my dad...”

Warren, Daniel’s promoter, saw the potential in the young boxer. He said: "Daniel was very composed in the fight, and we saw Nathan has no quit in him. These are the two youngest fighters to fight for the British title. The key for me in this fight was the jab. And Daniel showed that. It was superb. I've said it all along, I think Daniel is the future of heavyweight boxing."

For his age, the power of Dubois is beyond the sky. Yet he has a lot to achieve! Who knows the young fighter will be an inspiration for others?