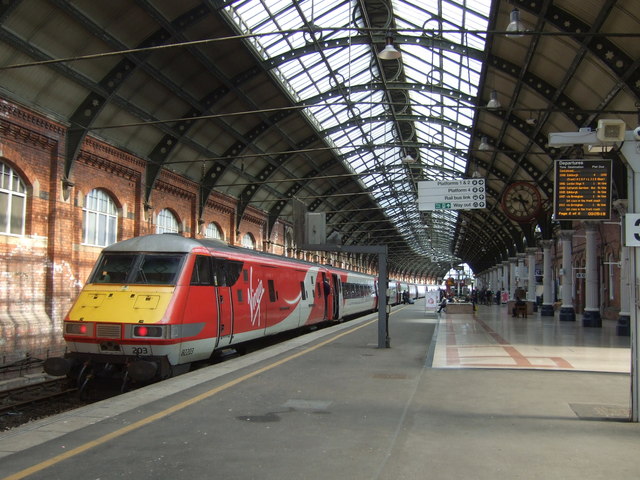 Darlington railway's 200-year-old history to be turned into a film.

Darlington's 200-year-old story railway story is to be told in a film, as confirmed by Stockton and Darlington Councils. The film, which will be entitled Iron & Steam: The Dawn of the Stockton & Darlington Railway, will be sponsored by Barclays Bank, reports have claimed.

According to plans, the film will be shown in conventional community venues and will be available to buy on DVD. It is hoped that it will make it on Amazon Prine in time for the railway's bicentenary in 2025.

Film-makers Mark Thorburn and Marie Gardener, of Lonely Tower Films said the S&DR is regarded as “the railway which got the world on track” because it brought all of the latest technology of the day together along with the keenest engineering minds which were allied to the finance and vision to make the railway open to the public along an industrial length.

“It is a complex story, and a complex visitor attraction, across 26 miles,” said Reuben Kench, chair of the Stockton & Darlington Rail Heritage Partnership. “You can’t instantly encapsulate it in a few sentences because the characteristics that made it a world first are a combination of things that were made possible by partnership.

“The film will help to make that more fully understood. We want everybody to feel that they are part of the story and the film will be tremendous in helping generate that sense of excitement. It will tell the complex story dramatically and in an entertaining way.”

Film director Mark Thorburn said: “It is a global story and 2025 presents an opportunity for the entire region to showcase what was achieved here. Whether you have roots in the region going back generations or arrived here yesterday to make your home, this is your story.