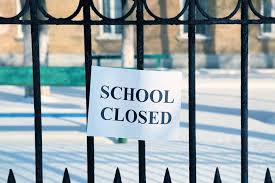 Poorest kids in Liverpool at risk of losing out the most from the impact of lockdown school closures.

School closures due to the pandemic are putting digitally disadvantaged pupils at risk of being left behind. A report from the Education Endowment Foundation revealed that school closures due to the coronavirus lockdown could wipe out 10 years of progress in closing the achievement gap between rich and poor pupils. It warned that the poorest primary schools, which are already nine months behind, could easily slip back a further three months.

Liverpool, along with Manchester, Middlesborough and Knowsley, is consistently ranked worst for persistently worst rates when it comes to disadvantaged children in England.

Councillor Gerard Woodhouse, who runs the community centre on Queens Road, has seen first-hand the impact school closures have had on children from disadvantaged backgrounds. He has voiced his concern on the impact of school closures could have on some of the children who visit the centre, and fears that it could lead to a generation of "lost kids", as they fall further behind their classmates.

The L6 centre, which is currently helping people feed their families through summer, have made up boxes to send out in the coming weeks, with enough food for 7 days worth of breakfast, lunch and evening meals, along with some treats for children.