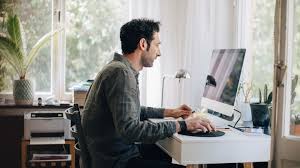 Dorset Council is bringing fast, reliable internet connection to more than 1,000 premises in remote areas. The council has recently announced a £1million investment into a government broadband scheme following the release of surveys showing that rural areas of Dorset have some of the slowest broadband speeds in the United Kingdom.

Liberal Democrat leadership hopeful Layla Moran MP has previously warned that hundreds of people are stuck in the digital slow lane based on a report showing that eighteen of the slowest broadband speeds across the UK are in the South West. The House of Commons backed the findings with their own research showing that residents of north Dorset, south Dorset and west Dorset are among the top 100 for worst connection speeds.

Ms Moran has since asked the local government to prioritise broadband schemes for UK's hardest-to-reach communities and to offer subsidies for ultra-fast broadband in rural areas.

A £5billion broadband investment has been previously announced by the government, following an election pledge by the Conservatives to bring full-fibre and gigabit-capable broadband to every home and business in Britain by 2025. Dorset Council's own Gigabit Broadband Voucher Scheme has been providing gigabit-capable connections for business and homes in rural locations.