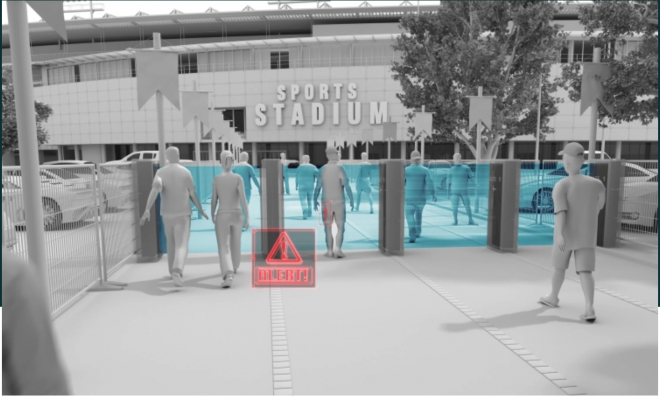 Manchester Arena's weapon scanning tech has been questioned by experts and members of the public.

A document released by research firm IPVM suggests that weapons scanners being used at some of the world's biggest sporting venues are incapable of detecting some large knives as well as bombs and components.

Evolve, the US-based firm that sells the artificial intelligence (AI scanners) being used in venues like the Manchester Arena, said that all its clients were informed about their technology's "capabilities and limitations".

Marion Oswald, of the government's Centre for Data Ethics and Innovation, said: "There needs to be more public information and more independent evaluation of these systems before they are rolled out in the UK.

"At the end of the day, they are potentially replacing methods of metal detection and physical searches that have been tried and tested."

Evolve explained that their AI and machine learning technology are designed to create unique signatures of weapons so they can be separated from other items like computers or keys, reducing manual checks and preventing long queues in the process.

Chief executive Peter George said: "Metallic composition, shape, fragmentation - we have tens of thousands of these signatures, for all the weapons that are out there,"

Security experts have expressed doubts about some of Evolv's claims. IPVM, which was given permission to test the firm's technology, said that its ability to detect large knives is just 1.3 out of 3.

"The system was incapable of detecting every knife on the sensitivity level observed during the exercise," the report says.

"Recommend full transparency to potential customers, based on data collected."

IPVM's Conor Healy said: "For certain categories of knives, the system didn't detect them at all when they were brought through. And that completely conflicts with what Evolv has told the public."