Drones Bring in the New Year 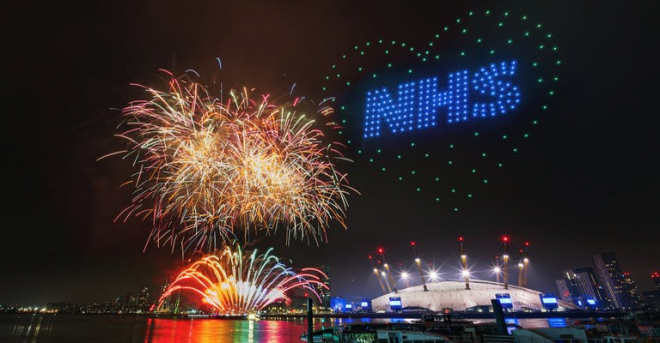 The UK has welcomed 2022 with the biggest drone show and fireworks displays in organised festivities in key locations, including London, and the simultaneous display of celebration's imagery on more than 40 outdoor LED screens in the Netherlands, England and Scotland.

Drone specialist Skymagic deployed more than 500 drones to augment the effects of fireworks displays and lighting. The drone lighting show, which lasted for six minutes, took place at the Old Royal Naval College, Greenwich and over the River Thames.

Patrick O’Mahony, creative director at Skymagic commented: “We were delighted to collaborate again with Jack Morton to design and deliver the drone light show for London New Year’s Eve for the second year running. Building on last year’s show, we have returned to the capital with a larger fleet and having developed our drone division both technologically and creatively. The 2022 show tells a celebratory story with an emphasis on three-dimensional formations, conceptual shapes and complex trajectories.”

Ocean chief marketing officer Richard Malton said: “This is the first time we have switched our screens in unison across three countries to celebrate the arrival of the New Year. With so many large events, such as Hogmanay in Scotland and London’s traditional fireworks display cancelled, it seemed appropriate to light up the skies and celebrate with the local communities where we live and work.”