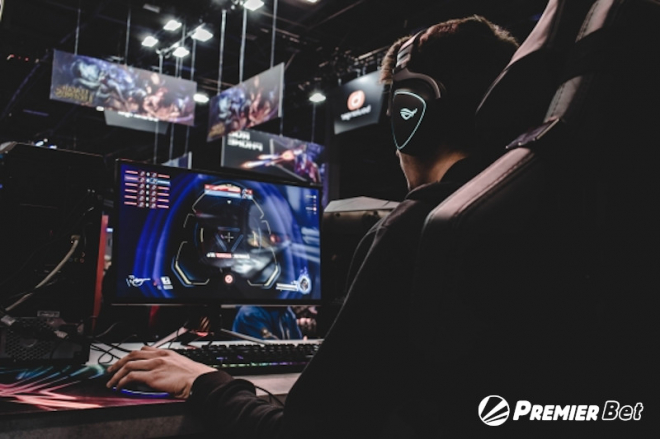 Are you bored now that there are no football fixtures? You’re not alone.

The suspension of the world’s biggest leagues has left everyone missing their favourite teams. Don’t worry though! Premier Bet are now offering its customers the chance to back Europe’s biggest sides with E-Sports betting!

What is E-Sports betting?

Before you start betting on E-Sports, you should know what they are! The craze of playing computer games competitively has grown in recent years, with many top football clubs hiring players to represent them on games such as FIFA and Pro Evo.

Now that football action is taking a break, E-Sports have taken the spotlight. Along with professional E-Sports players, real footballers have been playing each other on the popular FIFA 20 title. Their clashes are being streamed live online and have attracted huge numbers of viewers. Match times are short (between eight and ten minutes), meaning that games can be played frequently and results are quick.

Which team have proven to be the best so far? Wolves. The club’s E-Sports player won the #UltimateQuaranTeam tournament, a knockout competition which featured 128 teams. After realising how popular this was, the English Premier League decided to launch their own tournament, The #ePremierLeague Invitational. This one featured actual players such as Raheem Sterling, Wilfried Zaha and Trent-Alexander Arnold, all playing as their clubs on FIFA 20. The Liverpool defender reached the final playing as the Reds, only to be beaten by Wolves’ Diogo Jota. It seems as though the Portuguese are talented, as Everton’s Andre Gomes beat Reece James of Chelsea 8-0!

The Premier League have organised more tournaments though, allowing other players to get involved and show off their skills. Who will take Jota’s crown?

E-Sports betting is much like regular betting on football. Premier Bet offer odds on many different leagues, with popular markets including Over/Under 2.5 Goals and Double Chance. As with real teams, bettors can research the players’ form before they stake by looking at recent results.

Go to the Premier Bet website now, where you can back your favourite club!

Premier Bet are Africa’s biggest gaming company. As well as sports fixtures, they offer a large range of Virtual Sports and Casino games for their customers to win with! Players can use the Cash Out tool to protect their winnings, and each week random customers are rewarded with Cash Drops into their accounts.